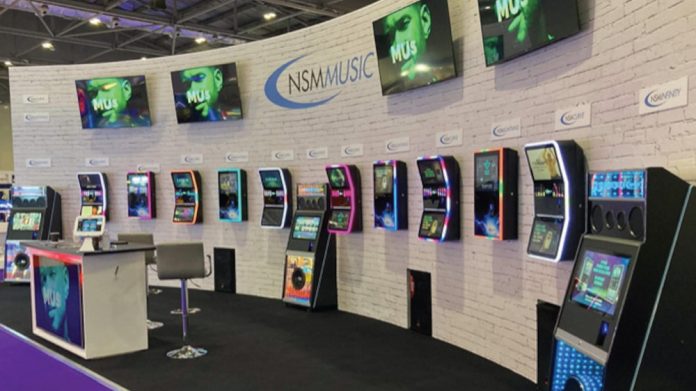 NSM Music sales manager Alex Kirby has spoken to Coinslot about the “massive surge in sales” that the company has witnessed this year, as venues recognise how uniquely profitable an asset their digital jukeboxes can be.

With NSM Music experiencing “a massive surge” in trade over the past year, sales manager Alex Kirby has detailed how venues across the country are rediscovering the power of music, and why the company’s jukeboxes are leading the pack.

Speaking to Coinslot, Kirby noted how central a good soundtrack is to creating a convivial atmosphere, a fact made all the more apparent when stringent measures were put in place on pubs by many local authorities during the pandemic.

“With Covid restrictions, the first thing people realised is that when people go for a drink and there’s no music playing, they’ll have their drink and walk out the door,” said Kirby.

“It was at that point people realised how important music was to a successful venue, because it creates ambience, makes it a comfortable place to be, and entertains customers.”

However, as NSM knows well, it’s not just any machine offer that can capitalise on the renewed recognition of music’s impact on trade, each jukebox has to pack a punch.

“Operators lost a few sites because of Covid, so now they are thirsty for new business, and so to stop others poaching their existing business, they give them the best equipment. That way no one else can go into their site and say ‘I can give you better.’ People are buying new equipment to keep their existing sites loyal.”

With the rising costs of trading – such as the price of fuel needed to send engineers and collectors to site – Kirby noted that the “the last thing operators want to do is have something that is old, tired, and costs money to maintain.”

“They’re replacing their older stock with new reliable equipment, which will be reliable for the next ten years, in order to streamline their business, and keep running costs down.”

Alongside this, the trend among operators to move from analogue to digital fruit machines has led to investment in digital ancillary equipment, and with a number of pub group tenders coming to fruition for operators, Kirby noted “there are all these things that are creating a massive surge in sales for us, it’s great and it’s still going on, it’s fantastic.”

With many new operators keen to get in on the act, NSM has also witnessed a huge take up in its Buy Now, Pay Later model, initially launched purely for the summer season, but proving a popular choice for smaller scale firms.

“We’re finding this payment model is embraced more by people who have jukeboxes in quieter areas, and smaller operators, people who don’t have the capital behind them.”

“It’s been very successful, we don’t know how long the model will run for – it was meant to be a summer thing, but so far it’s very popular.”