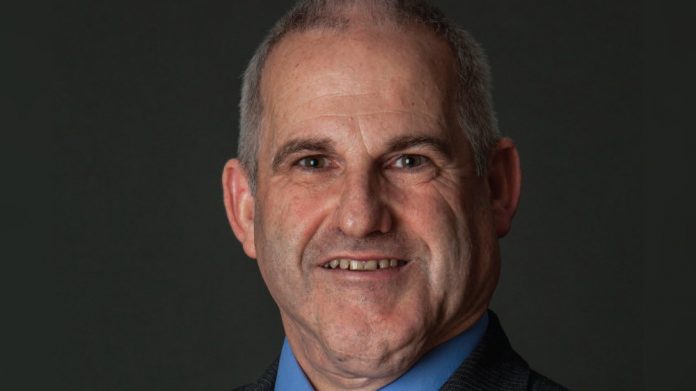 In a career that’s spanned four decades and is now in its fifth, Merkur UK’s Nigel Davis reflects on his association with an industry that began with a baptism of fire in a Loughborough bingo club 42-years ago.

Coinslot: Rewind to your first job in the industry – who was it with, what did you do and what were your first impressions?

Nigel Davis: I remember it extremely well! My first job was at the Beacon Bingo club in Loughborough, home to the Thomas family. It was Saturday 15th March 1980 I was a fresh-faced, quite naïve 17-year-old lad and I was catapulted in to the club’s annual St Patrick’s Day party.

I was thrown in to what I would describe as the lion’s or rather the lionesses den and the customers took absolutely no mercy whatsoever on the new boy. The place was buzzing and I had to hit the ground running doing absolutely anything and everything that was needed.

I can remember thinking ‘what the hell am I doing here?’ but at the same time really feeling the buzz and the raucous sense of community that underpinned the experience and still does define bingo to a large extent. It was fun but you had to be fearless – I was well and truly hooked!

Coinslot: Most boys dream about being a professional footballer, driving a train or being a pilot – but you chose the amusements/gaming industry – why?

Nigel Davis: I had no pre-conceived ideas about following a career in this industry. All my mates had got Saturday jobs to pay for their nights out, but I didn’t want to join them stacking shelves in Tesco, or flipping burgers in the local Wimpey Bar.

I saw an advert outside Beacon Bingo it just read ‘Vacancies apply within’ so that’s what I did. Leaving school with an armful of A-Levels I wanted to take a year out before going to university, and 42-years later I’m still here. I see myself as having attended the celebrated University of ‘Jimmy Thomas’ – sadly no freshers week or graduation ceremony but no student debt either!

I thoroughly enjoy what I do and being paid to do it is an added bonus. Every day is different, with its’ own challenges, and it’s sad to say my hobby is trawling through machine data, to explore how we can improve on what we did the day before.

Coinslot: You must have fond memories of working for Jimmy and the Thomas family?

Nigel Davis: Yes, extremely fond memories, but what a task master! Thank goodness Jimmy often forgot my name, as I think he sacked me twice, but I just turned up again on Monday Morning kept calm and carried on.

There are so many memories but as all Coinslot readers will know what happens in Vegas stays in Vegas, but if anyone sees me at the bar, and buys me a pint I’m more than happy to share some stories – all strictly off the record of course. If pushed I think my fondest recollection is when Jimmy loaned me the use of his 1933 Bentley and Chauffeur on my wedding day – a hugely kind and typically generous act (mind you I didn’t get a wedding gift though!)

Coinslot: Your career has spanned four decades – what aspect do you look back on with most pride?

Nigel Davis: Not wishing to be pedantic but whilst my career has spanned four decades, I’m now in my fifth!

I’ve been involved in so many projects and initiatives over the years – the contribution I made to the Gambling Business Group led team effort on the TiTO protocol is an example that springs to mind.

The industry had spent literally decades trying to get agreement on a common protocol, and if it wasn’t for the GBG team that I was proud to be a part of I fear the industry would still be procrastinating.

However, the one that gives me most pride is taking on new employees, spending time and effort training them, passing on my knowledge and seeing them flourish either with Merkur or elsewhere in the trade.

Coinslot: It’s not uncommon for Merkur employees to have registered 10-years+ service – why do you think that is?

Nigel Davis: There’s no doubt that part of that longevity is down to the very special nature of the industry: it’s hard to explain to someone that isn’t part of it but once the industry is in your blood it’s there forever.

There are some very special organisations that have been founded on a really inspiring sense of entrepreneurialism which is also compelling. Jimmy Thomas and Paul Gauselmann are cut from the same cloth – both inspiring personalities, both incredibly successful and both hugely respected by their peers and by the people who work for them.

Coinslot: You will have forgotten more about the industry than most people will ever know – how do you ensure that your knowledge is passed on and secondly – is there a book in there somewhere?

Nigel Davis: It is a challenge, but it certainly helps me stay in the job I do, as there is so much in there, I forget myself sometimes what I do know.

I try and spend a day a week in the depot with my team developing and nurturing them. In September we are taking on two apprentices and who knows one of them might end up being the next Nigel Davis – God help us!

I’m more of a statistician than I am a writer but if I ever put the metaphorical pen to paper, I’m not sure how many people would believe it!

Coinslot: What industry trade bodies do you serve on and how important are they?

Coinslot: What does the machine industry need in order to remain relevant?

Nigel Davis: This is linked to whatever’s included in the white paper. You have to ask what other Industry out there cannot pass on inflationary increases to its customers?

You could argue that taxi fares are set by the local council but at least they have regular reviews. It’s archaic and fundamentally unfair that the gaming machine industry is left out in the cold. Every business cost has to be absorbed which is crazy, so a formalised triennial process which was originally designed to help off-set inflationary price increases – would be at the very top of my wish list.

I would also look to find ways in which DCMS can be assured that the use of debit cards on machines is acceptable – again the industry faces the prospect of being the only high street retailer whose customers cannot use debit cards.

I would also want government to review the 80/20 rule which again seems totally arbitrary and permit the use of linked jackpots.

The key to a lot of the industry’s wish list has to be a clear and unequivocal commitment to and demonstration of safer gambling. Merkur UK’s 360 Safer Gambling Program is a case in point. It has its own budget, it has staff whose only job is to drive the Program, it has buy-in at the highest level and it undertakes tangible, positive initiatives across the entire company including those with staff who are not consumer-facing.

I believe it provides a template for social responsibility and as Sascha Blodau said in a recent article ‘safer gambling is good for business.’

Coinslot: What’s the biggest change(s) that you’ve experienced with machine design and how significant is the digital revolution?

Nigel Davis: I have been involved in the industry for so long and have seen so many of what at the time were regarded as game changing developments. Just off the top of my head you can point to the acceptance of the £1 coin, note acceptance, notes for credits, Section 16, TiTO and the 2005 Gaming Act.

But overall digital gaming has been transformational in terms of how machines are played, the entertainment that machines can now offer and also how companies such as Regal Gaming Technologies are able to provide their customers with detailed business intelligence and insight on performance and how to maximise their machine income with quite granular levels of intelligence.

One key lesson from my time has been how resilient the industry is and how it, so far at least, has always found a way. The 2005 Act fired the starting pistol on a period of rapid change – whether that will be the case with the next act – who knows?