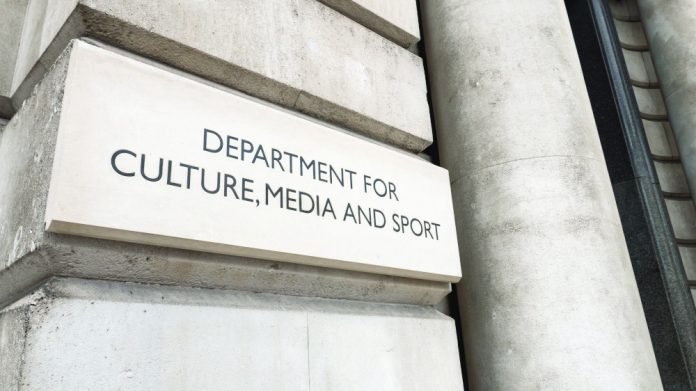 Peter Hannibal, chief executive of The Gambling Business Group, believes the delay in the White Paper represents an opportunity to refocus lobbying on key points not least the use of debit cards.

Coinslot: What’s GBG’s view on the decision to move the publication of the White Paper to the autumn?

Peter Hannibal: The obvious emotion for everyone is sheer frustration. Three years ago in 2019 this Government committed to ‘….reviewing the Act to make sure it is fit for the 16,000 submissions were subsequently made to the call for evidence launched back in December 2020 and here we are still waiting for the outcome.

Quite how long we will have to wait no one really knows and I strongly suspect that ‘autumn’ is unrealistic, with everything else a new government will have on its plate.

If the leaks were correct there were some huge gaps that had been either ignored or overlooked, I’m thinking in terms of the use of debit cards in land-based licensed premises and the portability of unused casino licences.

If the delay means that we can refocus our lobbying activities then it could be a blessing. Overall, the industry needs a Minister for gambling that understands what they are presiding over, that has the band width to learn about the sector and that cares sufficiently to actually visit the premises that he/she will be making decisions about.

If the narrative is true Chris Philp visited his first AGC only days before the Whitepaper was due to be published. That’s pretty poor by anyone’s standards.

Coinslot: From the various leaks over the last couple of weeks, did you have serious concerns over the direction of the review?

Peter Hannibal: As I said at the time any decision not to permit the use of debit cards on gaming machines would fly in the face of logic and run contrary to the purpose of the Review.

How can the Whitepaper represent an initiative to create a Gambling Act that’s fit for the digital age when it fails to remove an archaic restriction and fails to provide for that all important commodity of consumer choice?

It’s worth taking note of the facts on the cashless revolution. Just 17 percent of all transactions in the UK in 2020 were in cash. In Norway, that figure is 4 percent of transactions.

The direction of travel is clear and the prospect of AGC and machine operators being the only retailers on the high street not to be able to offer a range of modern payment methods is simply wrong.

A much more logical and responsible approach would be to enable the use of debit cards in the Review and to implement their use when DCMS felt assured and comfortable.

Coinslot: The campaign over problem gambling has stepped up a gear in the last few days with another flurry of stories about suicides and financial losses. How can the industry counter this?

Peter Hannibal: We need a unified approach to correcting the half truths and it has to be said the dis and misinformation which punctuates the toxic discussions on problem gambling.

We need a fact-checking service similar to the ones that were used during the Brexit debate and Covid. To make their stories more interesting journalists always want to be able to quote the highest possible figure (whether factual or not) and unfortunately gambling is a great source for this style of story.

There’s also a desire to catastrophise everything – the heatwave we were told could result in an extra 10,000 deaths in the UK. From the industry’s perspective reporting on half-truths and speculation can result in lousy policy which can cost jobs and jeopardise livelihoods: it’s a serious problem.

Coinslot: In the absence of a white paper, the Gambling Commission seems to have taken a more forthright and assertive position on various issues. In the current political impasse, is the Commission now an unchallenged powerhouse behind introducing many of the more unpopular aspects of the draft white paper?

Peter Hannibal: I would not take such a hawkish view on the Commission. In fact, I think the delay in the publication of the Whitepaper provides an important opportunity for the industry to meet with the Gambling Commission in order to agree a framework for the future.

Prior to his resignation as Gambling Minister Chris Philp had alluded to the possibility that a number of the proposals contained in the White Paper could be introduced via the LCCP. This would represent an opportunity for us to work with the Regulator on how we might collectively get ahead of the change curve.

We have always advocated a working environment with the Gambling Commission, where Licensees are able to share the real challenges facing the business and in partnership map out a new framework that’s genuinely fit for the digital age and which has safer gambling at its core.

What’s clear is that sound decisions have to be genuinely evidence- led which means acknowledging the huge safer gambling advances that have been made by the industry and the unique customer- care characteristics of landbased gambling entertainment, especially with respect to the important KYC undertakings.

Coinslot: What’s on the GBG schedule with respect to the gambling review between now and the autumn?

Peter Hannibal: It’s all about collaboration, working to make sure that our voice is heard and that evidence-based decisions are exactly that. Having a positive dialogue with the Commission is key.

“…a delay gives us an opportunity to recalibrate our asks…”

Coinslot: What’s Bacta’s view on the decision to move the publication of the White Paper to the autumn?

John White: Disappointed at one level.

We’ve experienced numerous delays and numerous Ministers and a sense of fatigue invokes a strong desire to simply get on with it, especially as the next general election could get in the way of legislative change and delay things further.

On the other hand, some of the leaks about the contents generated some concern that the overall tone of the proposals would be unnecessarily restrictive.

It’s hard to know without seeing the detail but a delay gives us an opportunity to recalibrate our asks and ensure that the arguments resonate with the new Minister whoever that turns about to be.

Coinslot: The campaign over problem gambling has stepped up a gear in the last few days with another flurry of stories about suicides and financial losses. How is Bacta countering this?

John White: Frankly, the stories extremely rarely mention our sector, and therefore it is for others to comment upon. Our SR measures are second to none so our absence from the criticism is no surprise.

Coinslot: In the current political impasse, is the Commission now an unchallenged powerhouse behind introducing many of the more unpopular aspects of the draft white paper?

John White: No. The GC’s role is to regulate and advise government. Those more challenging proposals which we understand are in the WP are politically determined.

And on that point we are already discussing with colleagues our activity over the coming weeks and months.