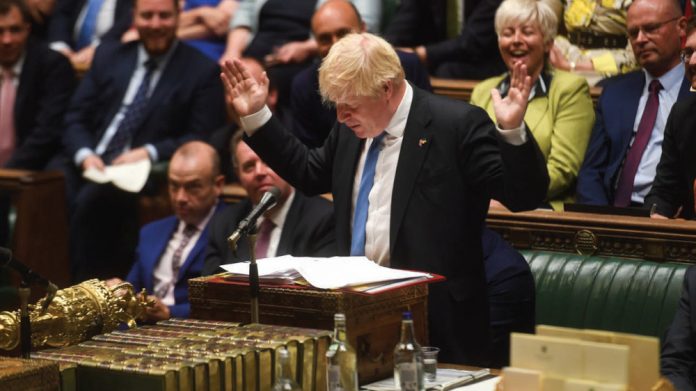 Surprise, surprise; charities, campaign groups and antigambling MPs are outraged once more as Downing Street announces it will delay the publication of its gambling law review until after a new prime minister has been appointed. The truth is, though, despite the protracted, prolonged and procrastinated path, leaks from the review signalled that it was a long way off being balanced and evidence based. Time for reflection then… and a little less nanny?

The UK government has confirmed that the white paper on gambling reform will face yet further delays in the wake of Boris Johnson’s resignation from his post as prime minister and the subsequent contest to appoint his successor.

According to the Daily Mail’s lead reporter for gambling affairs, Tom Witherow, Number 10 has decided it would be inappropriate to wed a new administration to the gambling policies set by Johnson’s cabinet – while citing accusations of cosy relationships between key ministers and industry executives.

On the reverse side, many are arguing that the leaks from the draft report were met by stinging criticisms on the grounds of its paucity of evidential arguments and overbearing nanny-state principles.

But, the anti-gambling lobbyists were keen to play up the meetings between industry and government – despite the fact that this engagement was part of the remit of the review and government departments’ duty.

Specific “fingers” – presumably a middle one – “were pointed at” the Conservative policy advisor Andrew Griffith, a former Sky Bet executive, and David Canzini, Johnson’s deputy chief of staff, who was until February employed in the industry.

“I‘m very disappointed,” said the Commons’ leading voice for prohibitive gambling policies, former Tory leader, Iain Duncan Smith – a politician who seems to grow ever more disappointed with almost everything currently, suggesting, perhaps, that he is being increasingly marginalised as a figure in Westminster.

But he remains vocal, if not reasonable: “There was an opportunity to get this done long before this leadership election. It’s not cancelled, just postponed,” he tempered. “So it will be for the new leader. I’m not going away, I will keep fighting for reform.”

IDS and others had already been expressing their fury at rumours that the version soon to be published by Johnson’s team was being heavily watered down. Having originally been expected to feature major new policies such as bans on shirt sponsorship and a mandatory levy to fund research and treatment, both these key initiatives were alleged to have been stricken from the draft in recent weeks.

The leadership contest and subsequent delay means that lobbying for these and other measures to be reinserted into the debate if not the final legislation might now be reignited, putting the industry’s future back in the hands of whomever is elected as PM and who they appoint to the culture ministry.

Nevertheless, GambleAware expressed its concerns that the ongoing delays would leave people at risk of harm “and only exacerbates what is an increasingly serious public health issue.”

“We are concerned that the combination of the growing cost of living, ongoing impact of the pandemic and rise of online gambling may be creating a perfect storm, meaning more people are at risk of suffering gambling harm,” said a sour CEO Zoe Osmond.