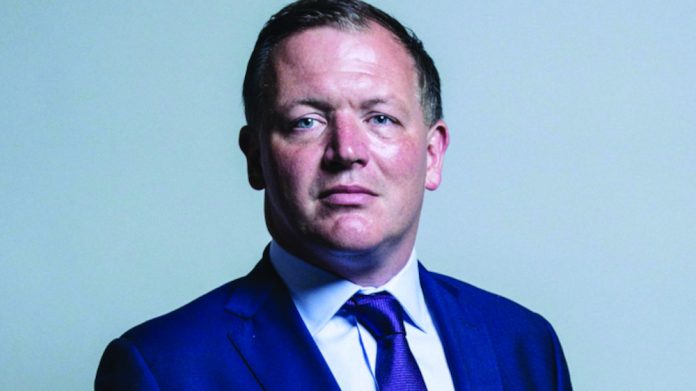 Yet another minister has been appointed to oversee the highly-anticipated review of gambling legislation, as well as entering the revolving door of the gambling portfolio. First charged with responsibility for online safety, one day later he became gambling minister. Seaside MP Damian Collins has a busy time ahead of him.

Following the critical mass of resignations by cabinet ministers in the past week – including the DCMS undersecretary of online safety Chris Philp – yet another politician has been placed in charge of the government’s review of gambling policy – and the gambling portfolio itself.

Damian Collins will now be leading the UK government’s efforts on gambling and lotteries policies, and becomes the fourth minister to take over the gambling review since it was launched only two years ago – and the eighth gambling minister in less than four years. Philp had himself replaced John Whittingdale, who replaced Nigel Huddleston.

Collins’ first appointment came on Tuesday: “I’m honored to have been appointed to serve as Online Safety Minister at the DCMS. After my work on these issues over the years, I’m looking forward to taking the UK’s world-leading Online Safety Bill through its remaining stages in the House of Commons before the summer recess,” said Collins.

Less than 24 hours later, he was handed the gambling portfolio.

The long-awaited white paper is still said to be due within the next few weeks, however, talk is more likely of a publication late next week.

In his resignation statement Philp assured that the draft had already been presented to the Prime Minister which implies that it will no longer be amended by Collins following his new appointment.

Nevertheless, Michael Dugher, chief executive of the industry advocate the Betting and Gaming Council appeared up beat about the development, tweeting: “Many congratulations to @Damian-Collins on his appointment as Minister at DCMS. Highly rated and respected, and thoroughly well-deserved,” said Dugher.

“Someone who actually knows something about his brief too – whatever is the world coming to?!”

Bacta has already written to the new incumbent – a letter they seem to write every six months given the turn-around in the government’s gambling department. But the association was warm and welcoming.

“Congratulations on your appointment as Minister for Tech and the Digital Economy. We enjoyed a positive working relationship with your predecessor, Chris Philp MP, and look forward to enjoying a similarly productive relationship with you and your team,” Bacta wrote. The letter, featured in full on the Coinslot Comment page, went on to invite the minister to an early meeting.

The Gambling Business Group were keen to see the new minister make a mark, outlining the challenges his new industry faces and what his department will need to look at to assist progress.

Peter Hannibal said: “I would like to welcome the Minister to his new role and of course offer an open invitation for him to visit our members venues, see at first-hand how they are investing in the high street, how they are helping to sustain important local supply chains, employing local people and making some of the most fundamental undertakings to deliver a safe gambling entertainment experience for their customers.

“Our industry needs continuity and it needs a Minister who is going to be in situ sufficiently long enough to get to know what our business is all about and to understand our unique and unfortunate position of being unable to mitigate sky-rocketing business costs by raising our prices.”

This reception was in contrast to his predecessor who, in fairness, was one of the least industry-friendly appointees to the ministry. Chris Philp even campaigned for stricter regulation of fixed odds betting terminals (FOBTs) in the run up to those regulations in 2018. Meanwhile, Whittingdale before him was seen as relatively accommodating of pro gambling perspectives.

Collins has been a member of parliament for Folkestone and Hythe since the 2010 general election and chairs the joint committee on the draft online safety bill. From 2016-19 he also chaired the House of Commons DCMS select committee.