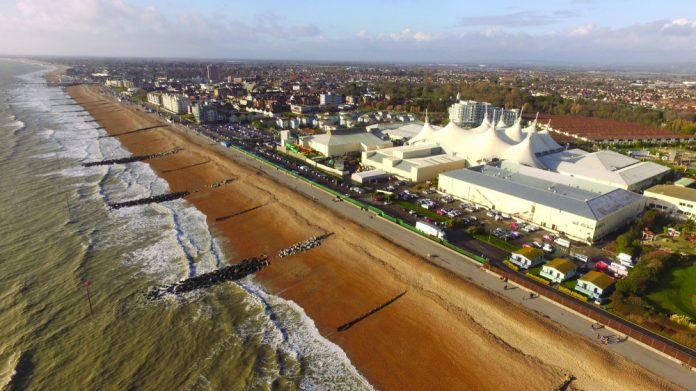 Butlin’s three holiday parks have been acquired by the Universities Superannuation Scheme in a ground rent deal worth £300m, less than half the original price of the full brand.

Butlin’s three UK sites have been acquired by the private markets arm of the Universities Superannuation Scheme, in a ground rent deal valuing the chain at almost half its original price tag.

USS is the UK’s largest private pension scheme, and purchased the Skegness, Minehead and Bognor Regis venues from Blackstone owned Bourne Leisure for £300m as “a significant investment in its future.”

“We are very pleased to conclude this acquisition,” said head of private markets at USS Investment Management Mike Powell.

“Butlin’s is a much loved British institution and this acquisition represents a significant investment in its future whilst providing the long term cashflows that USS needs to pay the pensions promised to our members.”

Blackstone acquired a majority share in Bourne Leisure in 2020 alongside founders the Harris, Cook and Allen families, before placing the Butlin’s brand on the market for £700m less than 12 months later, stating “Butlin’s is subscale and therefore noncore to its growth plans.”

Bankers Rothschild predicted “a deluge” of interest, however in February the Sunday Times reported that potential bidders “have been baulking” at the proposed price.

Despite the initial hesitation, Fortress Leisure, KSL Capital Partners and Punch Taverns-owner TDR Capital were hailed in April as prospective bidders with offers of £600m.

However, USS has now been confirmed as the successful bidder for the Butlin’s sites, with Sky News reporting the £300m agreement could be signed “as soon as this week.”

“It will come as Bourne Leisure and its owner, the private equity giant Blackstone, continue to hold talks with at least one party about the sale of Butlin’s operating assets.”

Speaking to City AM, IG Group chief market analyst Chris Beauchamp hailed the USS deal as “a sensible move given the expectation that Brits will be spending less time on planes f lying abroad – not just because easyJet and BA keep cancelling flights – and more time at home.”

“Butlin’s has been remarkably long-lived, and having reinvented itself for the 21st century, now looks well placed to benefit from a trend of holidaymakers looking to replicate much of the package holiday experience without the cost, and inconvenience, of flying.”