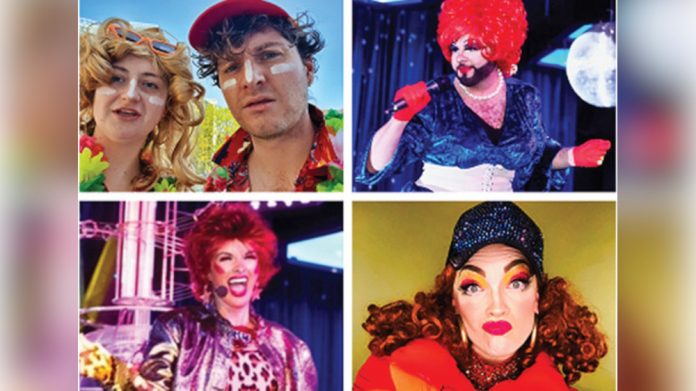 The entertainment value of bingo will be centre stage when four exotically named finalists battle it out for the title Dabber’s ‘Next Top Bingo Caller’.

Miles Baron, chief executive of the Bingo Association, has accepted an invitation to be part of the judging panel to find the 2022 Bingo Caller of the Year at the Houndsditch- based Dabbers Social Bingo club which bills itself as London’s best-loved alternative Bingo Hall.

Embracing the theatre of the bingo genre, callers at Dabbers are encouraged to bring their talents to the stage including comedy, cabaret and music. The club prides itself on having performance at the heart of everything it does, with the Dabbers team visiting The Edinburgh Festival every year to scout for new talent.

Previewing the final which takes place on 3 July , Dabbers Creative Director Jonny Unknown said: “We are delighted to announce the finalists for Dabber’s ‘Next Top Bingo Caller’. After a perilous journey our four fearless finalists comprise Ferrari Roché – a character from performer Stephanie Ware; Kitty Cassis – a tale-teller beautician and creation of character comedian, Aimee Cooper; Edgar and Jaynine – the nightmare creation of Jonathan Oldfield and Lorna Rose Treen and Crudi Dench – the drag persona of Matt Stallworthy.”

He added: “Miles has been down to the club and appreciates how we’ve modernised the game of Bingo. He is such an important player from the industry and we are absolutely delighted to have him on the judging panel and provide his expert opinion on our four finalists.”

The winner of the Dabber’s ‘Next Top Bingo Caller’ title will receive £1000 in prize money courtesy of sponsors Malibu, a 12-month contract with Dabbers Social Bingo and a stay in a luxurious hotel.