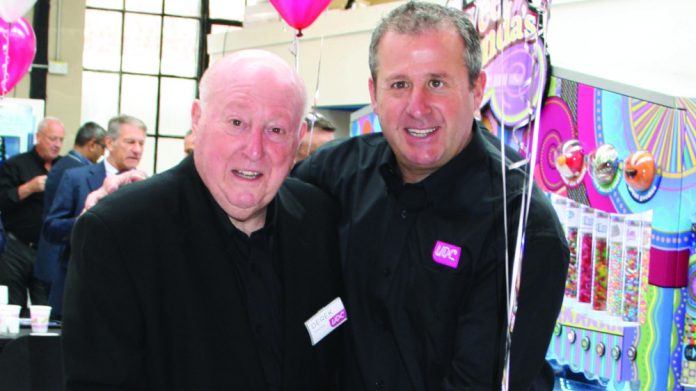 Delighted to be welcoming back operators and colleagues for the first time since 2019, Mark Horwood, managing director at UDC, spoke to Coinslot about how the upcoming Park Avenue Open Day has remained a highly valued date on the industry calendar for more than three decades.

Coinslot: You’ve been co-hosting Park Avenue for 35 years now. Did you all think that it would still be going strong in 2022?

Mark Horwood, managing director at UDC: Absolutely! My father, Derek, has been in the industry for sixty years and the family for around a century. We’re in for the long haul.

When the Open Day started, Park Avenue was the de-facto centre for coin-op games in London, if not the UK.

Over time companies moved away, but for many people it’s still the spiritual home of the industry. Many years ago in addition to UDC and Electrocoin, Brent Sales, Gary Newman Sales, Suzo, Deith Leisure, Sega Amusements, Taito, Jaleco, David Powell Distribution, Funomatics, RM Automatics were all being based here back in the day.

Coinslot: Over the years, what have been the highlights of the Open Day?

Mark Horwood: The weather for one thing!

We’ve been extremely lucky over the years to be blessed with sunshine for the Open Day in a part of London where it seems like it rains eleven months of the year.

The coming together of the industry to raise money for good causes whilst catching up and having a good natter and maybe sell a game or two along the way.

Coinslot: For UDC, Park Avenue forms part of a really active schedule – from your own events like ECAS through to EAG here in the UK, then Mumbai, Dubai, and the US all in five months. How does the Open Day fit into this schedule – both on a business and emotional level?

Mark Horwood: The Park Avenue Open Day fits in nicely before the start of the British summer school holidays, after half term, and is an excellent opportunity to squeeze in a few last-minute sales and recommendations before the summer season gets underway at full steam.

Each show serves a different slice of the industry, with EAG being a big draw from all around the UK. For ECAS we focus on the East Coast and bring our team and games along.

Dubai and India are totally different markets where we tailor our offering for those markets.

The US and Asian shows for us are all about taking meetings, catching up with suppliers and discovering new product to bring back for our UK customers.

Park Avenue is the most relaxed show on the calendar for us, we’re hosting and want people to feel at ease and be able to spend as much time with our team and the games as they need. UDC will showcase Pearl Fishery at this week’s Park Avenue Open Day alongside a plethora of cranes, shooters, racers and dancing games.

The success of the pusher-themed redemption game has now transcended borders, according to managing director Mark Horwood, who revealed that Pearl Fishery is performing well for operators both in the UK and overseas.

Another globally renowned line of products, Elaut’s range of cranes, will also be on display – and Horwood believes they need no introduction.

“The Elaut’s range of cranes, especially the two player E-Claw model, are the gold standard by which all other cranes are judged,” commented Horwood. One crane that has competed with Elaut’s range is Toy Box, a four player crane which “performs well and is popular with players and operators alike”.

As well as cranes, UDC will have next-gen dancing video game “StepmaniaX” on the floor, a game that has caused a resurgence of dancing game popularity in modern arcades.

Skill games have also been highly popular in recent years, with Fast Gunman – a skill shooting game with tickets – now coming with new features such as linkable mode and an attractive header unit.

It will be on display alongside skill based ticket redemption games from Touchmagix, including Drift ‘N Thrift, Mega Blaster, the massive new Space Warp 66 deluxe model and Carnival Cups.

Indeed, Horwood promises attendees a packed showroom from UDC, with the company excited to show off its diverse range of products on home turf. 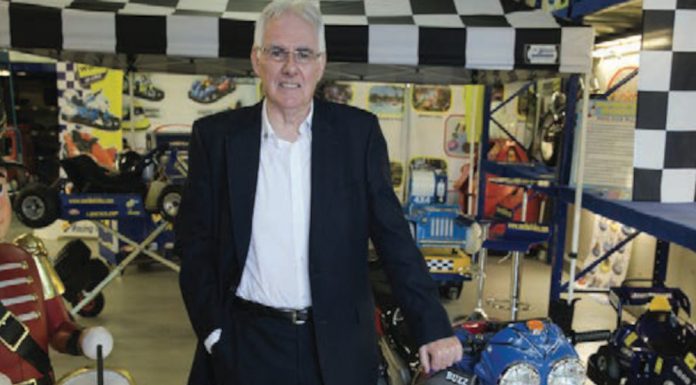