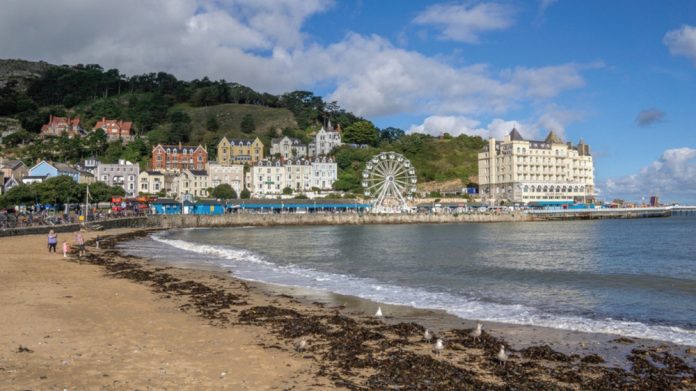 While many will disagree with the magazine’s ‘best seaside town’ list for 2022, the Which? Travel survey noted a continuation of the staycation boom that accelerated under pandemic conditions.

The increased domestic tourism of the last two years has continued into 2022, according to Which? Travel, with the magazine’s annual beach resort survey placing Bamburgh as its best seaside destination, with Llandudno coming in a close second.

Despite the two resorts having very little in common, they scored 87 percent and 86 percent respectively in Which? Travel’s list for 2022, which also put Blackpool, Western-super-Mare, Great Yarmouth and Skegness in its bottom 10, all with a rating of below 60 percent.

The survey questioned more than 4,300 visitors of coastal resorts on the quality of beaches, the seafront, tourist attractions, food and drink, scenery, peace and quiet and value for money. With scenery and peace and quiet being two seperate criterias, it’s no surprise that the large, bustling seaside resorts did not score highly.

While many will disagree with the rankings of their favourite seaside resorts, the increase in domestic tourism over the last two years has been felt by all. Now that overseas travel is an option again, there was some uncertainty as to whether the staycation boom would slow down, but Which? Travel believe it’s here to stay for 2022.

“The British seaside hasn’t boomed like this since the 1960s,” said Rory Boland, editor of Which? Travel. “Holidaymakers had such a fantastic time in their caravans, tents and beach lodges over the past two years that a coastal break on home shores is on the cards for many, even with restrictions on overseas travel lifted.”

The magazine acknowledges that while certain destinations scored badly in the survey, it “doesn’t mean British tourists should avoid” them, adding that “prices are low with plenty of cheap accommodation and candy floss and arcades to entertain kids” – which is why many would rank them much higher on their own list of best seaside resorts.

The increased domestic tourism of the last two years has continued into 2022, according to Which? Travel, with the magazine’s annual beach resort survey placing Bamburgh as its best seaside destination, with Llandudno coming in close second.

Southend’s seafront businesses have hit back at a recent survey from Which? that ranks the resort in second to last place in a 2022 survey of 100 UK coastal destinations.

The Essex town shared the low rating with Great Yarmouth and Burnham- on-Sea, however, local traders have noted that recent footfall defies the poor survey performance.

“We have so much to offer here in Southend,” Pebbles One Café owner Paul Thompson told the Echo. “Adventure Island is award-winning, and we have the world’s longest pier.”

“There doesn’t seem to be much to criticise Southend for. I think the proof is in the pudding, and we had more visitors than ever before to the pier. So many people come each year and they wouldn’t if they agreed with these findings from Which?”

The pier welcomed a record 24,000 visitors this January, with Marine Parade venue owner Simon Patterson noting “millions of visitors come each year and I think that proves we are a big hit.”

More than 4,000 people took part in the survey, with editor of Which? Travel Rory Boland noting “the British seaside hasn’t boomed like this since the 1960s.”

“Head to one of the many well priced resorts with your bucket and spade, an empty stomach for the candyfloss and a pile of 2p coins and go make your fortune on the slots.”