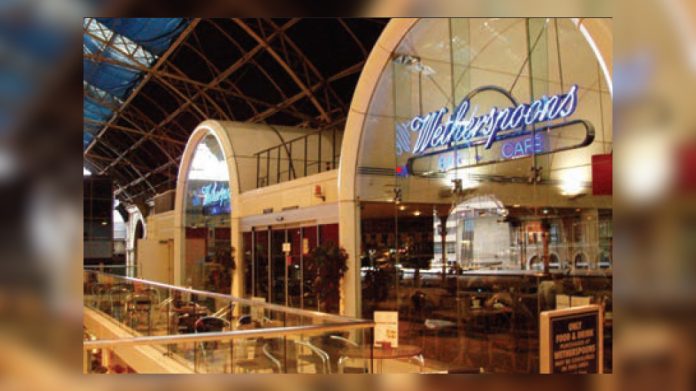 Lockdown and the economic pressures post Covid have hit the flagwaving pubco Wetherspoons harder than expected. With Q3 sales showing a slip, and debt some 4 percent higher than anticipated, it was a sober report from Spoons chairman Tim Martin. While sales are improving, it will be a slower return, a sign that the. pub sector will need an extra lift from the government.

JD Wetherspoon has posted a four percent drop in like-for-like sales in its latest quarterly update – along with more pub closures and sell-offs, and the resignation of director Su Cacioppo.

The year-to-date sales for the embattled group, which owns 47 pubs and 57 hotels, were also down by 6.2 percent, however these began to show modest signs of improvement towards the end of the period.

Addressing the figures, company chair Tim Martin said: “Since Covid restrictions ended, sales have improved, as previously reported. As many hospitality companies have indicated, there is considerable pressure on costs, especially in respect of labour, food and energy.

“Repairs are also running at a higher rate than before the pandemic.”

Since January, the group also disposed of six pubs and another five pubs have been handed off to landlords due to their leases expiring.

By the end of the quarter, the company had £906m in net debt and £173m in liquidity – a considerably worse situation than Wetherspoon expected, originally saying debt would be around £870m by the end of Q4.

“The company anticipates a continuing slow improvement in sales, in the absence of further restrictions, and anticipates a “break-even” outcome for profits in the current financial year,” Martin added.