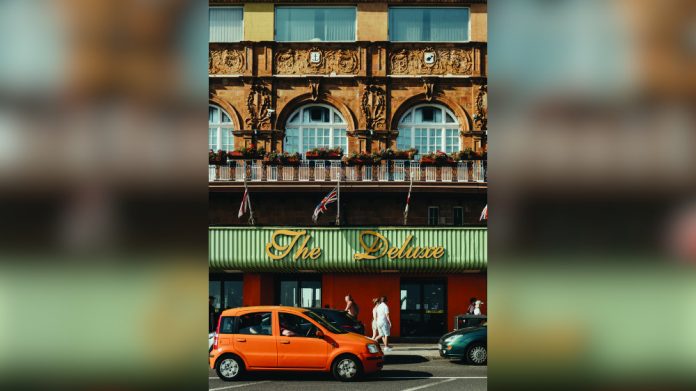 The Sussex Express has revisited the history of The Deluxe on Hastings seafront, charting its changing role at the forefront of popular entertainment for over a century.

The Sussex Express has delved into the “fascinating history” of The Deluxe amusements in Hastings, from its roots as a Victorian music hall to its contemporary role as a leading tourist attraction.

The Pelham Place venue sits on what was originally a set of “high-class residences” built in 1820 by the 2nd Earl of Chichester, before they were demolished in 1898 to make way for the Hastings Empire Theatre of Varieties.

“This music hall opened on 1 April 1899, with the famous Marie Lloyd topping the bill,” reported local historian Steve Peak. “Following a partial redesign inside, the Empire was relaunched in August 1903 as the more wide-ranging Hastings Hippodrome.”

However, as the popularity of variety waned in the new century, the Hippodrome was converted in 1910 into the Royal Cinema de Luxe, styled at the time as “the finest cinematograph theatre in the world.”09876 “It remained a cinema until 1965, being usually known as just ‘The Deluxe’, which is pronounced locally as ‘deloo’ rather than ‘delux’. Then on 25 July 1965 it re-opened as the De Luxe Bingo and Social Club.”

“In 1970 major changes were made to the building, with the bingo moving to the upper floor and the ground being given over to amusement machines.”

“Some councillors opposed the controversial project, but the proprietor Harry Simmonds was given the go-ahead by the Council’s planning committee as long as he closed Harry’s Old Town Bingo premises on the corner of All Saints Street and Rock-a- Nore Road.”

Concluding the trip back through time, Peak added “half a century later, what is now called The Deluxe remains a popular amusements and bingo centre.”