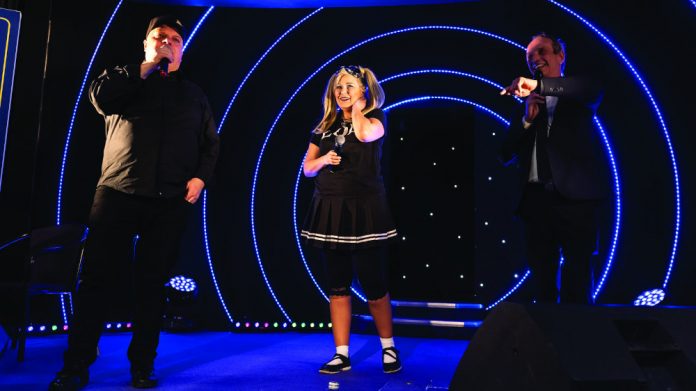 If great retail is in the detail, then the team at Merkur Bingo in Cricklewood deserve an award. Their recent Polish night ticked all of the boxes in terms of authenticity and delivering value for money entertainment: so much so that the plan is to deliver a series of themed evenings and broaden the customer-base attending the club in north west London.

The team at Merkur Bingo, Cricklewood has responded with style and retailing flair to the needs of its local community. The Club, which is the largest capacity bingo hall in Europe, held a special themed night devoted to its Polish speaking customers when even the numbers were called out in Polish. No detail was left unattended as the Merkur team delivered an authentic night of Polish-themed entertainment featuring Polish food, Polish beer, a Polish speaking bingo caller, entertainment courtesy of Polish comedian and singer Krzysztof Skiba with the evening compered by the popular Polish radio presenter and singer Nika Boon.

Merkur Operations Director Steve Ambrose believes the night, which attracted a bumper attendance including 500 advance tickets sold specifically for the performance held after the main Saturday Evening bingo, demonstrated how important it is for brands to know their customers and deliver relevant, value for money entertainment. He stated: “Significantly, the advanced ticket sales represented new customers for the club and really helped introduce the brand and the venue to a new segment of the large and diverse community that we serve.

“I must pay credit to Area Manager Rick Espey and General Manager Steve Young who came-up with the idea. They are always looking at different ways of promoting our offer to different communities and following discussions with one of London’s Polish radio stations they made contact with Nika Boon – the idea snowballed from there with the final outcome being this fantastic show.

“Rick, Steve and the entire Merkur Cricklewood team went beyond the call of duty in delivering a really special night of entertainment that will be remembered for a very long time by everyone who was there. Retail is all about getting the details spot-on and the event was absolutely perfect in terms of its authenticity and the experience that we were able to deliver.”

The evening wasn’t just enjoyed by Cricklewood’s Polish speakers as Steve Ambrose explained: “The feedback we’ve received has been so positive and that includes comments from our customers who don’t speak Polish! They were happy to soak up the wonderful atmosphere which really demonstrated the importance and the impact of live entertainment particularly when it’s delivered in a safe and wonderful environment such as the Merkur Club in Cricklewood. The only issue was that we had to close at 2am!”

The event was so successful in terms of attendance and feedback that Cricklewood will be holding additional themed nights. “We are keen to build on this success and increase our core customer base” stated Ambrose. “Our follow-up Polish evening will take place on Saturday 7th May and we are exploring similar entertainment extravaganza’s focussing on our Italian, Caribbean, African and Romanian communities – so watch this space!”