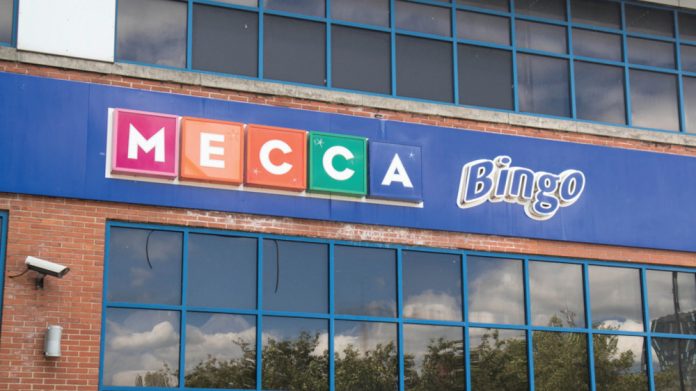 Rank Group has stated it is confident in future land-based trading, despite a “softening” in venue footfall during Q321/22 that saw its predicted profit guidance downgraded.

Rank Group has amended its profit guidance for the financial year 2021/22 after third quarter trading revealed a “softened” venue performance.

Issuing a Q3 trading update, the Mecca and Grosvenor owner adjusted projected EBIT from £55m to £65m, to £47 to £55m, despite a reaffirmed “confidence” in the future.

“The performance of our venues softened in March, and this has continued into the first few weeks of Q4, impacting our current expectations for our full year performance,” said CEO John O’Reilly.

“We recognise the pressures on UK consumers but are confident that the improvements we are continuing to make to the customer proposition and the investments in our venues, alongside the gradually reducing impact of the pandemic and, with it, the return of overseas customers, position us well for the year ahead.”

Outlining “continued inflationary costs” and a “softness in venue trading” during the three month period to 31 March, Rank revealed that though group NGR rose 221 percent on the £49m achieved in 2020/21 to £156m, its land-based venues still fell short of pre-Covid performance.

Mecca Bingo delivered £34m in Q3 net gaming revenue, while Grosvenor Casinos achieved £69m, however, taken in comparison with results from the 2019/20 financial year, the figures represent a decline of 25 and 14 percent respectively.

Rank attributed the disparity to “a softness in visits at the end of the quarter consistent with the rise in new Covid-19 cases reported across the UK.”

“We enter Q4 at the start of a traditionally low seasonal period in our Grosvenor venues with visit numbers down.”

“We anticipate an improvement in performance post April, but it remains to be seen how the trends in the rate of return of office workers to city centres and overseas customers to London will develop towards the summer.”

Elsewhere, Rank’s online business plateaued, maintaining an NGR of £40m. Though the Grosvenor product performed consistently, revenue was affected by an 11 percent fall in NGR from Mecca Digital, exacerbated by an early-quarter migration to the .

Overall, the group reported that digital performance “continues to be mixed,” as a 25 percent decline across non-proprietary brands was balanced by a 42 percent growth across its existent RIDE estate.