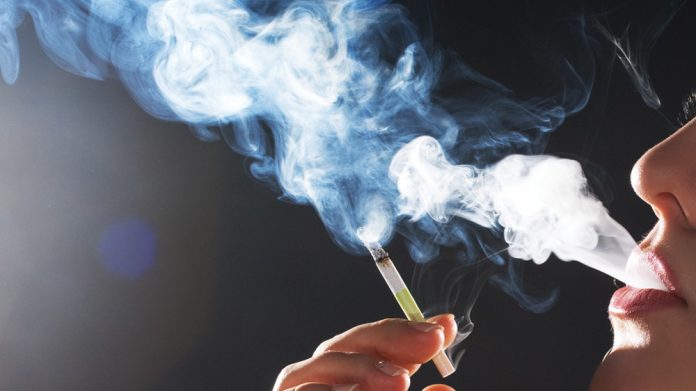 The myriad of anti-gambling groups continue to deny the facts that problem gambling is at its lowest ever level and their strategy is clear – link the industry with tobacco at every possible opportunity and the mud will eventually stick. The Gambling Business Group’s Peter Hannibal believes the narrative is in danger of running away from the truth.

Peter Hannibal, chief executive of the cross sector strategic body the Gambling Business Group, has endorsed the arguments being put forward by Michael Dugher his counterpart at the Betting and Gaming Council, urging the government to regulate the gambling industry in the same way as it does alcohol and to avoid the toxic and unfair comparisons that some pressure groups and MPs continue to make with the tobacco industry.

Peter Hannibal stated: “As we await the publication of the White Paper, we are seeing a dialling-up of the rhetoric from the anti-gambling pressure groups whose arguments are most frequently framed as the totally erroneous gambling industry equals the tobacco industry of the 1970’s. The comparisons are not only totally wrong but they generate a narrative that is a blatant attempt to poison decision-makers from planners to regulators and local councillors to MPs.

“Every single drag that an individual takes on a tobacco product will damage his or her health. Compare that with betting and gaming which in all of its iterations from national lottery, to bingo, to low stake/low prize gambling entertainment on the high street is enjoyed by over 20 million adults each month and which has played its part in helping to reduce the rates of problem gambling to where they currently sit at a record low of 0.3 percent. Whilst the anti-lobby repeatedly choose not to recognise it, the drop from 0.6 percent is significant. It is the equivalent of reducing the number of reported problem gamblers from 340,000 to 170,000 at the same time as the anti-gambling groups are claiming that more and more restrictions are necessary.”

Dugher, a former Shadow Secretary of State for DCMS, used the pages of Politics Home to argue that gambling and betting should be treated more like alcohol, a product also used by millions and which the vast majority enjoy responsibly but where a small minority do experience problems and in the most extreme cases can develop an addiction. He also pointed out that the regulated betting industry is committed to spending £100 million by 2024 on research, education and treatment and that the industry has been the majority funder in this area for more than two decades.

Hannibal believes the language used by some professionals belies a deeply prejudicial view when the debate should be driven by evidence. He commented: “There’s been some at best unhelpful language emanating from Professor Henriette Bowden-Jones, in her role as director of the National Problem Gambling Clinic. Professor Bowden-Jones told the Sunday Times that NHS clinicians have been asking for a ‘very long time’ for total independence from the funding provided by GambleAware which she argued compromised the work undertaken by the NHS in relation to the treatment of people experiencing gambling problems. Whether you agree with the Professor’s narrative or not the key issue of concern came at the end of her quote when she stated that funding ‘..matters enormously and it is very much linked to independence…from the polluter, from industry.’ Soundbites like this are harmful on a number of levels: firstly, they are grotesquely simplistic, secondly, they fuel the pernicious comparisons with the tobacco industry but most importantly what they succeed in achieving is a hardening and a polarising of views. It has taken decades for the industry and agencies such as YGAM and GamCare to work alongside each other to help improve education and reduce problem gambling but all that the rhetoric and cheap soundbites do is undermine those really valuable relationships. All of that said, if research can only be trusted when it is completely ‘independent’ of all stakeholder influences, then no one is ever going to be able to genuinely claim that ‘our research is believable and should be acted upon, but your’s can’t be trusted’, not even clinical professionals.”