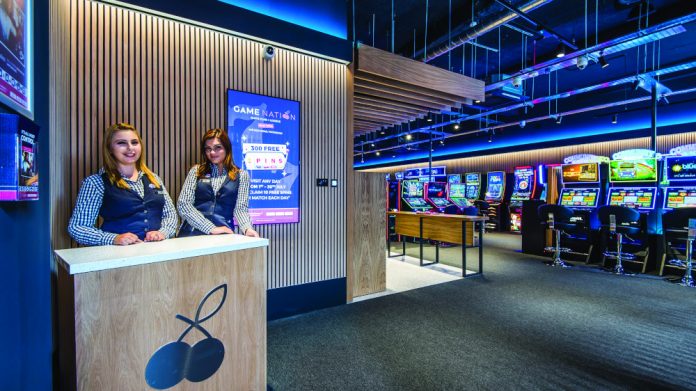 The UK’s third largest high street slots operator, Game Nation, continues to grow its portfolio and is expanding into Birmingham and the West Midlands.

The newest sites in Kings Heath and the former Harry’s Amusements site in Yardley will be joined by a new venue in Bearwood opening at the end of March. These are in addition to new venues in Derby and a brand-new site in Brixton, London.

“Our unique approach means that unlike many other venues, our sites will all have a modern, open plan layouts, free refreshments and friendly staff on the shop floor rather than behind a kiosk and this has been received very well by our existing customers,” said the company’s CEO Adam Hodges.

“Game Nation is already well known in London and we are excited to add further venues in these areas as well as bringing this new standard of high street adult entertainment to Birmingham for the first time.”

Since the company’s inception in 2019, Game Nation has successfully acquired and opened over 60 venues throughout the country. Across all its premises, the company’s objective is to modernise the gaming environment for its customers and act as a much-needed stimulant to the local economy, investing money into often vacant high street premises and providing valuable employment to over 450 people.

Game Nation has a number of additional sites in the pipeline for 2022, including further expansion in the Midlands as well as into the North West.

As part of the company’s developing status, Game Nation has also joined the Gambling Business Group which recently unveiled a focused strategy for high street operators.

It’s a move Hodges is enthused by. After attending a recent meeting of the GBG, the Game Nation CEO noted: “It was refreshing to attend a meeting where we actually discussed and agreed on ways in which we can implement change and mean it.

“I strongly believe that if we want to shift the public’s perception of gambling then we need a combined approach across the industry with all subsectors working collaboratively to influence real change.