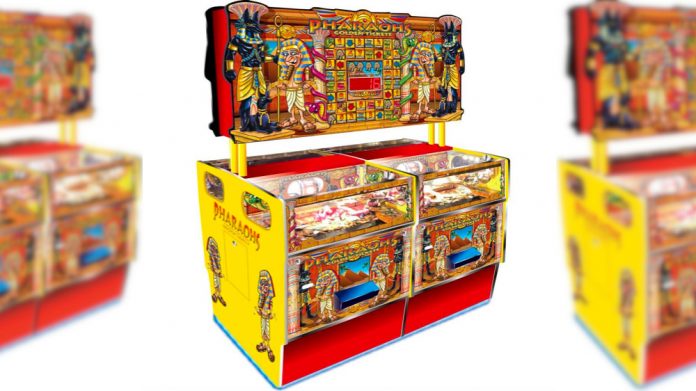 As EAG draws near, independent games manufacturer Eurotek spoke to Coinslot about the headliners appearing on its stand, with game designer David Ellis explaining what sets the company’s products apart.

Independent British firms both designing and manufacturing machines are an increasingly rare breed in today’s amusement industry, but it’s a USP that Eurotek knows how to play to its advantage.

With the Cardiff-based company gearing up for EAG 2022, Coinslot spoke to game designer David Ellis about future products, the present gaming landscape, and the lessons learnt from shows past.

“At Eurotek we try not to innovate on a frequent basis,” said Ellis. “Innovation can be costly with little in the way of guaranteed commercial success in the end. Back in 2005 we saw the market for redemption was expanding and had already seen the popularity of multiplayer low tech.”

“We designed and built Tickets Galore three player and released it at ATEI on Harry Levy’s stand. We sold four. I’ll always remember Harry’s comment at the end of the show. ‘It’ll be a good machine next year’ which wasn’t what we wanted to be hearing.”

But it was true. Eurotek soon established a lasting reputation for high quality, reliable machines, with the enduring appeal of its pusher range affirmed by the firm’s EAG stand, which will feature Pharaoh’s Golden Tickets, Aladdin, Temple of Tickets, and Cop the Loot in traditional 2p, 10p, and closed loop format.

“Again with pushers we didn’t invent them. What we did was invent the idea of running midtech AWP style board games on them to add to the time that people play those machines. Very often now we’re hearing that people are replacing their old eight players with our four players and increasing the space in the arcade and the cash box too.”

Despite Eurotek standing out among rivals as a domestic manufacturer, the company was not immune from ongoing supply chain issues, however Ellis noted “it’s not so bad now,” thanks to concerted effort to secure a large number of the problem items and work around unavailable products.

“We can still deliver new pusher orders in four/five weeks or sooner even if they’re not already in production.”

With the 2022 season predicted to become another staycation summer – a fact that Ellis noted is “always welcome” – Eurotek is looking ahead to ensuring its machines continue to deliver family fun at the seaside.

“In terms of new projects we will add to the range of games but they’ll all be four player pushers. You very often see a family play a four player but you seldom see eight players playing an eight player. We’re half the cost with 100 percent of the cash box. You know it makes sense.”

Eurotek’s games designer David Ellis has expressed his frustration at the way the Welsh government failed to support the leisure supply chain in 2020/21, observing “a world pandemic shouldn’t be a devolved issue.” With venues and attractions hamstrung by nationwide restrictions on socialising, manufacturers and suppliers to the sector were left without trade, rates relief or government support.

“All I’ll say is that a world pandemic shouldn’t be a devolved issue,” said Ellis. “When the Russians invade we don’t want Mark Drakeford trying to stop them at the Severn Bridge or just hoping that they only get as far as Newport because they’ll get stuck in traffic on the M4 because we haven’t built the relief road.”

“We got no grants or rates relief because we’re ‘not’ the leisure industry. The Welsh Government refused to recognise that they and the UK government had closed down every single customer that we have but we were allowed to go to work.”