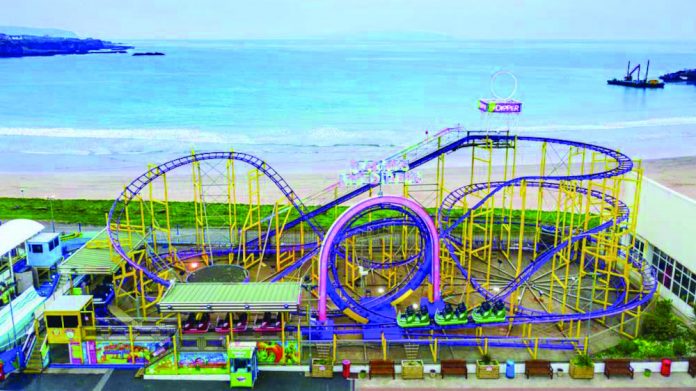 The iconic Barry’s Amusements could be set to reopen by Easter, after an amusement operator was found to take a leasehold of the heritage Portrush amusement park.

Eglington-based Curry’s Amusements is reportedly in the final stages of negotiation to operate the 95-year-old attraction, which was sold to developer Michael Herbert last year.

“News that the park has been saved from permanent closure will be a massive boost to everyone,” said SDLP MLA Cara Hunter. “I know just how much Barry’s means to people here. It is a huge part of our tourism offering, given the number of visitors it attracts, and I hope it will now be utilised as a cornerstone of the experience we can offer going forward.”

“This news is also a boost to other businesses in the Portrush area, given visitors to Barry’s are likely to spend more time and money in this community while visiting the park. I look forward to meeting with Curry’s and discussing their vision for Barry’s and ways that the park can remain at the heart of Portrush for years to come.”

Herbert acquired Barry’s Amusements in August, almost two years after the Trufelli family placed the 2.23 acre property on the market for £2.75m.

Fears had grown for the future of the park after a 2021 feasibility study by estate agent Savills reimagined the site as the location of a 120-bed hotel, 23 homes, or a combination of the two, in a bid to attract “property developers from far and wide.”

However, following the sale, Osborne King Commercial Property Consultants confirmed plans were in place to lease the park to “an established entertainment and leisure operator,” with director Richard McCaig stating “we have been asked to try and find a tenant, and that might be short, medium or long term depending on what works for them.”

Though no official announcement has been forthcoming, it is expected that with an established operator assuming operation of the numerous facilities that are still in place at the park, Barry’s could be open in time for the 2022 season.