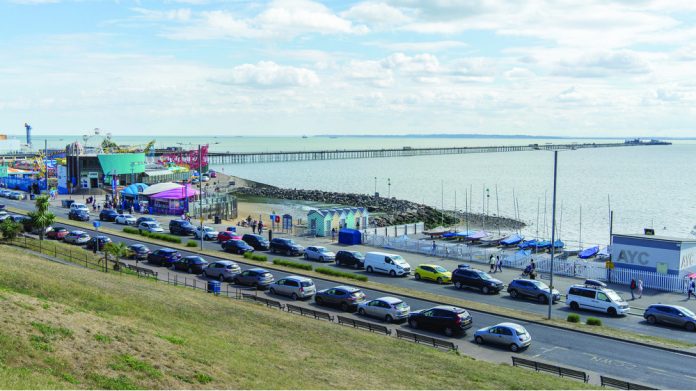 There’s another staycation boom beckoning at coastal resorts around the UK, and to celebrate a number of local councils think it’s a good idea to hike their car parking charges up. In Southend, Adventure Island are standing up for the visitors, supporting a petition to curb the rises.

Adventure Island is leading opposition to the controversial parking price extension proposed by Southend Council in its 2022/23 Budget, by sharing a petition calling on the authority to rethink the plans.

The seafront amusement park drew the attention of its social media followers to an ePetition on the council’s website, which claims the scheme will prove “a very, very big mistake.”

“We the undersigned petition the council to rethink the proposals brought forward to increase the chargeable hours on the seafront from 6pm to 9pm,and to also rethink the hourly rate increases,” states the petition. “The pass doesn’t work for everyone, and it is a failure (Council’s own parking strategy October 2021 stated this.)”

“The council should also be thinking about winter tariffs which we used to have, it encourages people to visit a seafront in cold wintery weather. The councils should support the cities and businesses recovery post-lockdown, this is not in that spirit. It dampens the notion that the council cares about a successful and thriving city, instead of tax, tax, tax.”

The petition was started by local resident James Beales on 19 January, and will run until 2 March, with 82 people already registered as signatories.

And hikes in Cromer too….

Cromer looks set to become the latest British seaside town to be hit by a hike in parking charges. North Norfolk District Council (NNDC) has been considering increases to parking charges at around 30 of its car parks. The increase – the first in six years – would affect the car parks in Wells, Cromer and Weybourne, which are among the busiest in the region during the summer months.

“We have a tourist economy, there are significant costs involved in running that economy,” said Eric Seward, NNDC cabinet for finance and assets. “Whether it is public toilets, the maintenance and operation of our pier in Cromer, additional street cleaning and the maintenance of our parks which amounts to an overall revenue spend of £2m.”