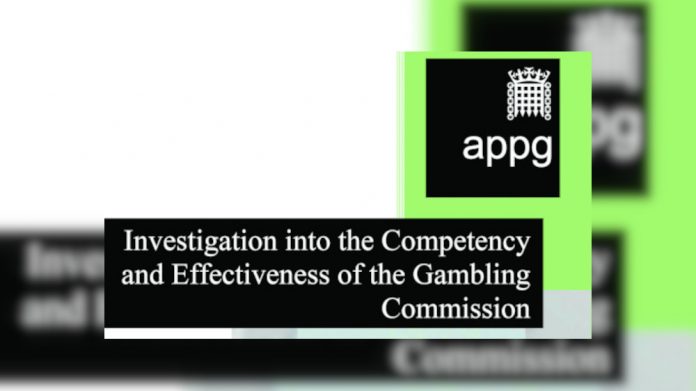 As strong as it was brief, the Gambling Commission has waved away the criticisms by the APBGG report into its activities. The regulator may have been shaken by the findings, but it’s certainly not stirred. Is this the end of the road for those many industry figures who contributed to the first and only investigation into the Commission’s behaviour?

The Gambling Commission has made a robust response to the All-Party Parliamentary Betting & Gaming Group’s report into the regulator’s activity which was published last week.

In a brief statement, the GC to all intents and purposes dismissed both the report and its authors, stating the findings were based on “inaccurate assumptions” and received a “clear lack of support” from the industry’s largest trade body.

A spokesperson for the Commission told Coinslot: “We have now reviewed the contents of this report but will not be commenting on a document which is based on anonymous observations and wildly inaccurate assumptions.

“Such is this publication’s poor standard members of the APPGBG have vocally resigned from the group. There is also a clear lack of support for the report from APPGBG members, certain MPs, and the industry’s largest trade body.

“The Gambling Commission values engagement with Parliamentarians and welcomes their feedback on our work. We have, however, declined to meet with representatives of the group to discuss the report and made it clear that the Commission does not support the process or poor handling around the release of this document.”

The parliamentary group’s 178-page document was highly critical of the Gambling Commission and made six recommendations, from calling for an independent investigation into the regulator all the way through to consideration that the Commission be replaced.

At the centre of what was clearly an uncomfortable documentation of GC activities was the anonymity of representations and case studies from people within the industry, anonymity based on ‘fear of reprisal’ for speaking out against the regulator. The one protection offered by the parliamentary group to avoid repercussions to the hundreds of participants, anonymity has now emerged as a primary factor in challenging the report’s integrity.

Placing those participants who asked not to be named in a bizarre Catch- 22 position, what do these anonymous witnesses do now?

The options are simple: speak out or shut up. The more likely, many fear, is the latter. A sign of this came in Coinslot’s own enquiries when canvassing opinions on the APBGG report. In this week’s review of industry responses, Coinslot encountered the same ‘fear of reprisal’ factor when approaching industry figures. Two thirds of those canvassed said they would rather not comment publicly on the report because they were concerned at repercussions. Privately, their conclusions were very clear; they fully supported it.

For those that did reply, there was an odd balance of diplomatic-speak from the trade bodies and frustration from individuals willing to go on record. From the industry associations, there was much distancing from the language in the report – ironically much of that would have probably been sounded by many of its own membership. However, given the delicate balancing act of protecting their relationship with the Commission and pursuing the interests of their members, Bacta, the Gambling Business Group and the Bingo Association were able to put some ‘need to review’ cards on the table.

The less conciliatory commentaries came from those who run businesses, some anonymous, who agreed that the regulator has bullied the industry and that its record on meeting the regulators code is poor at best. So is it enough to effect change? The Commission has declared its hand; all eyes now turn to the government.