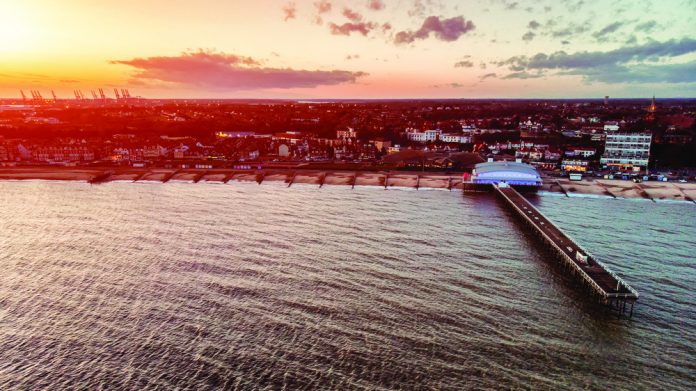 The offer of a new golf attraction on Felixstowe’s seafront has been declined by the local council, leaving Family Amusements bemused by the decision to turn down an offer to pay and build a new tourist offering in the town.

Family Amusements has offered to build a new seafront crazy golf attraction in Felixstowe to replace the the one it plans to repurpose – but the local council have declined the offer.

The operator plans to use the current site of its Adventure Golf attraction in Sea Road, Felixstowe, for a £4.3m project featuring flats, including holiday apartments, and new leisure facilities on the ground floor. The company, which also owns an FEC on the seafront and the town’s pier, has offered to pay for and build a new replacement golf attraction on the seafront on land opposite, which is owned by East Suffolk Council.

In documents submitted to the council as part of the planning application for the new project, Robert Allerton, architect for Family Amusements, said: “The applicants have engaged with East Suffolk Council to facilitate, at their expense, a replacement new golf attraction in addition to the already planned leisure uses at ground floor of the building.”

However, according to Allerton, this offer has been declined. “Regrettably, East Suffolk Council have declined to allow any development on this land despite having no clear or defined plans for the use of the land and the entire cost of the proposals being born by the applicant,” he added.

Family Amusements says its Adventure Golf, which first opened in 1997, has suffered a drop in use in recent years and has high maintenance costs and is nearing the end of its working life. It will be replaced by a new three-storey block of flats with shops, cafes, and leisure activities on the ground floor.