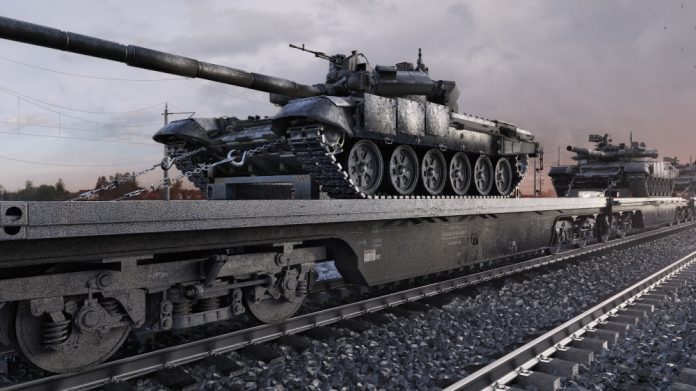 Off The Record asks can birthday cake really be more important than the prospect of war in the Ukraine, highlights the importance of creativity and risk in the make-up of entrepreneurs and why the Government should back-down over its policy on unvaccinated NHS staff.

It comes to something when you agree with the Daily Mail but surely a pending war in the Ukraine is more important than ‘birthday-cake-gate’?

HAVE YOUR CAKE AND EAT IT

This week I’ve found myself broadly agreeing with the Daily Mail – which isn’t normally a good thing for someone in the arcade industry. Where I think they’ve got it right is over the involvement of the Metropolitan Police and Cresida Dick’s decision to investigate who drank what and ate cake with whom in Downing Street during a period when the rest of the nation- including Her Majesty the Queen – was abiding by extremely strict and legally enforceable rules regarding social distancing and the numbers allowed to meet indoors. I have got absolutely no doubt that if the PM and his inner circle of advisers and Civil Servants did not break the letter of the law they certainly and knowingly broke the spirit.

The material point is that we are expending so much energy investigating whether Johnson was hijacked by a troupe of over enthusiastic birthday well-wishers led by his wife when actually the big-ticket issue of the here and now is in the Ukraine and what we are going to do to head-off another political narcissist in Vladimir Putin? Are the media organisations so consumed by their dislike of Boris Johnson that they can ignore a potential disaster or do they have their finger on the pulse of what the British population actually want to read? Thinking about it, why do we even need a police inquiry based on the fact that Downing Street has a permanent 24-hour police presence and is saturated by CCTV cameras. Also, when the staffer came back from the local supermarket carrying a suitcase full of booze, do we really believe the suitcase would not have been searched?

The swifter this whole sordid affair comes to a close and we can focus on the real issues of galloping inflation, rampant energy bills, the global supply chain and yes, even potential conflict in Ukraine – the better.

The new highway code is, according to its authors, designed to ‘unleash our nation of cyclists’ but I cannot help thinking that it will acerbate existing tensions and stimulate road rage.

The updated Code which is effective from Saturday encourages cyclists to ride two abreast and requires motorists to leave a minimum of 1.5 metres when overtaking. The new rules advise that cyclists should ride in the centre of the lane on quiet streets and in slow-moving traffic where it would be unsafe for drivers to overtake. In the hierarchy of road users, pedestrians sit at the top which may in a perverse way give them more confidence and less in tune with the dangers.

Another piece of a no doubt well-intentioned body of work that could result in more and not fewer road casualties.

Richard Branson, one of the most successful entrepreneurs on the planet is yet another example of someone who has enjoyed a triumph of a career despite leaving school at 15-years without any formal qualifications.

Reflecting on his upbringing he is calling for a root and branch overhaul of the curriculum and for schools to coach creativity and risk. In the arcade industry there are a huge number of successful business people who I would say are more creative than they are academic.

Risk is also a key component in business and there are few if any successful people who haven’t taken risks whether they are financial or reputational. It’s creative people who make the best entrepreneurs and who make the world go-round – just look at the history of our industry which in every way could be described as the university of life.

Losing 80,000 staff because they won’t get jabbed is a price the NHS cannot afford

I think the Government will have to rethink its policy on mandating NHS staff to be vaccinated on two levels, one ethical and the other totally practical. As it stands currently the government has established an April 1st deadline for NHS workers to be double-jabbed against Covid-19.

The policy, which only applies in England, will mean that NHS employers will have to begin dismissal proceedings for unvaccinated staff from February 4th, the day after workers would need to have a first jab in order to meet the deadline. Firstly, I do not feel comfortable forcing people to do things against their will – freedom of speech and freedom of choice are non-negotiable in my opinion.

The latest figures show that a massive 80,00 NHS staff are yet to be vaccinated which represents 5.4 percent of the total. Because neither of the devolved nations has adopted the policy there’s a very real chance of unvaccinated NHS staff moving to Wales or Scotland and Mark Drakeford, the Welsh first minister has said that he would “Not rule out” recruiting vaccine refusers. Surely there has to be a compromise solution such as the introduction of daily tests or allowing staff to self-certify, or even simply delaying the decision when hopefully the situation with regards to Covid will have improved significantly?

The NHS is desperately short of staff, we cannot afford to lose any more and freedom of choice should be set in tablets of stone.

THE SPIRAL OF LIFE

Of course, no one actually likes paying taxes an outlook that’s felt all the more keenly when household budgets and levels of disposable income are being squeezed. As the spectre of a cost-of- living crisis becomes reality the government is coming under considerable pressure to cancel rises in taxation – which is exactly what I would urge.

April is all setup to be a month to forget punctuated as it will be by an expected rise in the energy price cap pushing energy bills for households and businesses up by many hundreds if not thousands of pounds. There’s also the planned 1.25 percent rise in national insurance contributions, council tax rises, and increased VAT rates for some services. The scariest threat is that poised by inflation which is at a three-decade high.