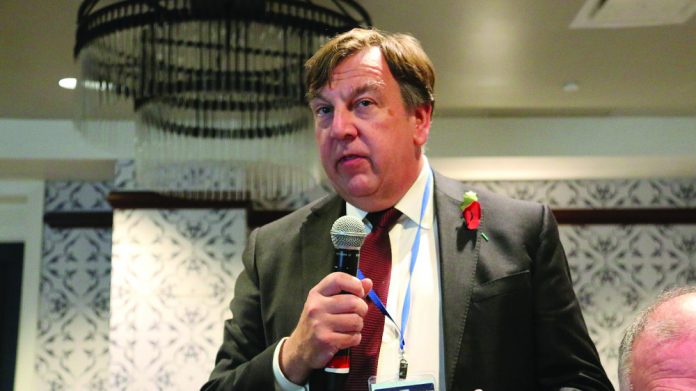 With problem gambling falling to record low levels in recent months, John Whittingdale MP acknowledged the inaccuracy of the many “slightly hysterical comments made in the media”. For some of his colleagues in Westminster, however, any amount of gambling is too much, which Whittingdale believes creates an “unbridgeable divide” on the issue.

At the Betting and Gaming Council’s AGM on 20 January, John Whittingdale said that while he can look at the gambling industry objectively, many politicians cannot, as is evidence by “slightly hysterical comments made in the media” by some of his colleagues.

“There are those, not least in Parliament, who think gambling is inherently dangerous,” he explained. “A minister in the House of Lords recently described gambling as a cancer in society – not gambling addiction, but gambling.”

This divide in opinion, between one who sees gambling as a normal activity and another that sees it as a disease, is “probably unbridgeable”, admitted Whittingdale. Those who can look objectively, however, can see the improvements that have been made within the industry.

“In actual fact, the incidence of problem gambling has been falling,” said Whittingdale. “So the slightly hysterical comments made in the media would give the impression that this is a scourge that’s increasing by the month.”

He acknowledged the industry’s progress, but also referenced BGC chair Brigid Simmonds’ note that “one problem gambler is one too many”, implying that work on improving responsible gambling must continue.

“But it was Brigid who said one problem gambler is one too many,” he continued. “So it doesn’t matter if incidence is going up or down, as long as there are people who need help.”

Operators, however, are not the only ones who need to put in the work. The black market must be kept in check, said Whittingdale, who spoke of drones hovering outside horserace tracks, filming races for black market operators. This suggests, he said, the threat of the black market is likely more than just a red herring, as critics have often labelled it.

Whittingdale also welcomed the idea of a gambling ombudsman as “desirable but not a panacea”, noting that gamblers are told the risks of a bet and if its loses, they can’t expect to be reimbursed.

Gamblers that should have been protected, however, are those caught up in the Football Index saga, with Whittingdale concluding that – if anything is to come from the upcoming review – its that the Gambling Commission is required to “understand the economic viability” of products, so that they can prevent anything similar from happening again.