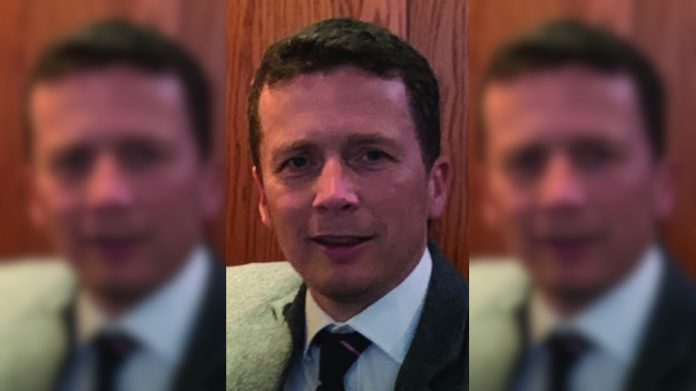 With business rates in Scotland set to increase from 50 percent to 100 percent from July 2022, Joseph Cullis, Scottish regional chairman at Bacta, is looking forward to speaking with cabinet secretary for finance Kate Forbes about why rates relief should follow suit with the nation’s southerly neighbours. The economic fall-out from the Scottish Government’s Omicron measures provide a desperate reason why more support is needed.

Joseph Cullis, Bacta’s Scottish regional chairman, and partner at Cullis’ Amusements which operators FECs and AGCs in Scotland, will join John White, CEO at Bacta, in putting pressure on Scotland’s government to extend business rates relief in line with that of England.

Currently, the only support Scottish operators receive is 100 percent business rates relief, which will be cut to 50 percent relief from April 1 2022, and then cut entirely three months later, from which point businesses will have to pay full rates. In the Auld Enemy, however, retail, hospitality, and leisure sector businesses have been promised a 50 percent discount for all of the financial year in 2022/23, up to £110,000.

With the two countries, one union, currently disunited in their support for operators, Cullis, from North Ayrshire, Scotland, and White, from Essex, England, will unite to put pressure on Scotland’s finance minister Kate Forbes to ensure businesses on both sides of the border are treated evenly.

Geographically and nationally, it’s certainly possible; politically, well that remains to be seen.

Cullis explains: “With the 1 metre physical distancing rule being introduced in Scotland and a recommendation of no more than 3 households in leisure facilities, members have reintroduced screens between machines and are having to monitor any large groups entering their venues. Also vigorous cleaning regimes have been brought back into practice to try mitigate the spread of the more transmissible Omicron variant.”

It’s these measures that highlight the stark difference between how the Scottish and English governments are dealing with Omicron, and for Cullis and operators throughout Alba, it’s not so much the national differentiation that’s the problem, it’s the assistance, or lack of, that’s hurting. “Grant support in Scotland has mostly been set aside for the hospitality, culture and event sectors. Unfortunately, there has been no access to grants or a specific fund set up for our sector,” Cullis told Coinslot.

“The only support we are currently receiving is the 100 percent business rates relief,” and that, as we know, will be gone come July.

“This is not in line with England and through Bacta’s membership with the Scottish Tourism Alliance, John White and I will have an opportunity to lobby directly with Kate Forbes in the coming weeks.”

Operators are following the rules, but it’s not been good for business. “The problem for operators is not so much the cost of the measures but the affect that they bring to their businesses,” explained Cullis.

“Staff in FECs are constantly having to monitor venue entrances and there is still issues with face coverings. Machine suppliers have seen income drop again by over 30 percent with the introduction of table service in pubs and with no financial support, face even more uncertain times,” Cullis warned.

And economically, the stringent measures imposed in Scotland have, and still are taking their toll. Cullis noted: “With the new variant spreading through the population rapidly, our AGC operators are seeing dwell times drop in their venues and are reporting a 20 to 30 percent drop in income from the same period pre-covid. Staffing has become a major problem once again with many testing positive or having to isolate.”

However, he does see some light at the end of the Covid tunnel: “Hospitalisations don’t seem to be rising at the same rate as we seen with previous variants of Coronavirus. Omicron, which arrived very rapidly in the UK, will hopefully quickly diminish over the next few weeks so we can return to trading without restrictive measures in place”

Cullis added that he is thankful for the First Minister’s announcement about a change to the isolation rules around households, which has brought Scotland in line with the rest of the UK regarding the isolation period following a positive test. On business rates, however, there is still lobbying to do to bring the disunited policies of the United Kingdom back in line; a challenge that Cullis and White will face together in the coming weeks.