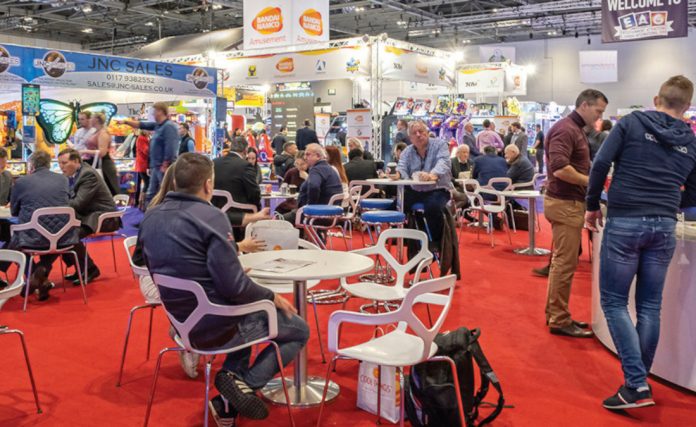 EAG chair Martin Burlin has spoken to Coinslot about the difficult decisions that led to the postponement of the 2022 exposition, and what benefits the new March dates bring to exhibitors and visitors.

“The last thing all concerned wanted was to change the dates of this year’s EAG; unfortunately, we did not want Covid either.” That was the diplomatic turn of phrase EAG chairman Martin Burlin chose to start with when Coinslot opened the dialogue on what now for the newly rescheduled EAG.

But behind the gentle words, it was pretty clear the bumping of EAG into March was a decision forced by circumstance – and the resentment, which has echoed around the entire industry with a force, could be detected tuning into the Burlin frequency on the subject.

But what’s done is done, although there are a few loose ends to tie up on the organisational front as industry folk reset their calendars to 1-3 March.

In the wake of EAG 2022’s postponement, Burlin was still mindful of the challenges that led to the difficult decision, and the logistical issues involved in preparing for the countdown.

“When faced with both the reality and perception of the current pandemic it would have been reckless to have continued with the original dates,” said Burlin. “As organisers we have a duty of care to both our exhibitors and visitors. It became apparent that, when ExCel expressed a number of concerns, we could not guarantee the safety of our customers.”

Though the response from those in the industry to the rescheduling has been both understanding and encouraging, Burlin noted “moving the dates of a show is not as simple as it sounds.”

“Firstly, we have to consult with our exhibitors. After a number of meetings with our Exhibitors’ Advisory Board and a number of conversations with a number of our visitors, the board agreed that the dates would have to be changed.”

“We then have to make certain that our suppliers, stand builders etc are also able to move to the new dates. In fact, it’s a bit like starting all over. Yes, it is a challenge but one which Karen and the team will meet successfully.”

With Burlin and Swan Events head Karen Codd now well-practiced in show reorganisation, the new dates mean exhibitors and visitors will still be able to enjoy all the best that EAG has to offer at an even greater distance from the impact of the pandemic.

“The new dates will mean that people can attend in the secure knowledge that they will be in a safe environment. They can attend not having to look back but forward to a new year that promises to be a great one, whether you are on the mainland or the coast.”