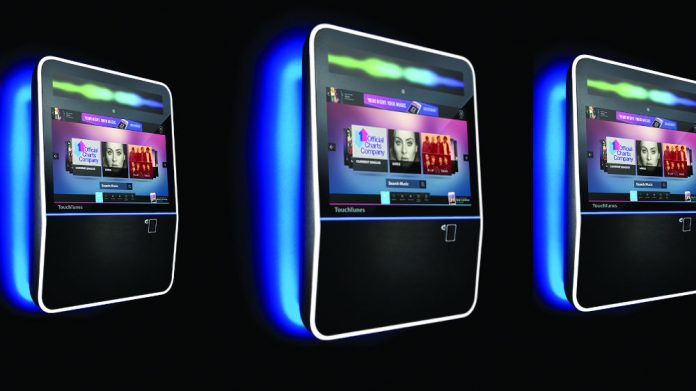 Soundnet TouchTunes has reported a “surprisingly robust” December for its jukeboxes, with data revealing there was no danger of a silent night before Christmas.

Despite a far-from-ideal Christmas party season, Soundnet TouchTunes has analysed the data taken from its online connected jukeboxes over the festive period and found it remained “surprisingly robust” over the past month.

Comparing December’s cash income to that taken last year, the firm found that although income for the period up to Boxing day was down on 2019, it was still “better than many had feared,” adding that TouchTunes performed “a little better” than Sound Leisure.

“Our TouchTunes jukeboxes tend to be sited in venues attracting a younger, music-led crowd,” said commercial director Toby Hoyte. “Therefore, we are not surprised to see them a percentage or two higher than our Sound Leisure/Soundnet estate.”

“In fact, we can clearly see that celebrations started strong on the week ending 5 December with revenues at 99 percent of what they were before the pandemic first hit.”

Commenting on a 92 percent drop the following week, Hoyte noted the decline reflects “the growing concern over the new variant as well as the higher infection rates – particularly among younger people.”

“Despite this, they are still pretty strong considering Christmas party cancellations and we don’t see much evidence of pub closures among our customers.”

By 19 December, jukebox revenue had dropped to 88 percent of March 2020 levels, which Hoyte attributed to fewer people venturing out and risking a Christmas day in isolation, with revenues on 26 December falling to the lowest point of 87 percent.

“However, we are extremely confident that our next round of data will reveal an upsurge in revenue in the week following Christmas,” added Hoyte. “Boris was talking down the possibility of further lockdowns, family gatherings had been had and people were venturing out again.”

“While the situation is far from perfect and pubs have had a really tough time, we are pleased to see that as far as jukeboxes were concerned, our customer base kept the music playing!”