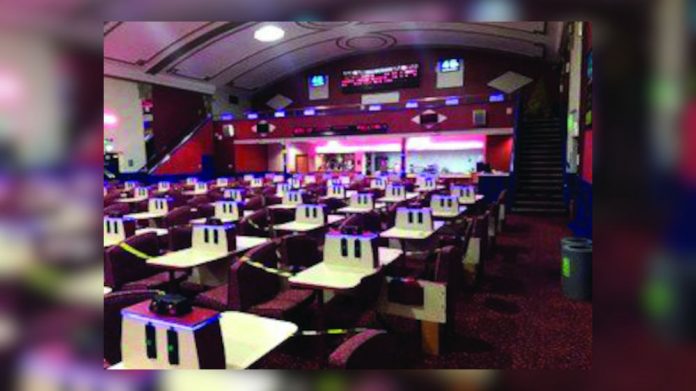 As the bingo industry gives a good riddance salute to 2021, it unfortunately welcomes 2022 without much reason for optimism. It’s a new number, but there’s nothing new about local and central government’s attitude towards Britain’s favourite pastime. A stealth lockdown engineered by comments in Westminster is destroying bingo clubs across England, including those operated by Hollywood Clubs, whose managing director Andrew Reilly has lost faith in a political elite that continue to crush the bingo community without compensating the companies that have worked so hard to create them. This, he says, must change.

Two little ducks, ‘22, and the bingo sector is reaching a stage where once vibrant clubs in pre-covid times are now entering the realms of unsustainability.

This is sometimes how it feels in Newcastle, where Hollywood Clubs’ Gateshead venue has transformed from a popular community hub full of games and laughter, into a challenge where survival is considered a major success according to managing director Andrew Reilly. Two years of poor government management and irresponsible messaging has pushed his patience to its limit, and this is the same for bingo operators up and down the country. The industry is no longer about running quality businesses, it’s about salvaging them – and it’s a sinking ship that many allied industries have seats on.

“The leisure sector is in serious trouble and we need help,” explained Reilly. “People are fed up frankly; my Newcastle club is operating at an extremely low percentage and it has become a challenge to keep things ticking over.”

There’s worse still thinks Reilly: “If bingo is facing this dilemma, what must other sectors like pubs, clubs and entertainment venues be thinking?”

Like many operators, Reilly has communicated with the relevant MPs about the problems facing his business, but he has received nothing except the standard – and ‘ultimately useless’ – reply. Despite politicians always claiming to be in touch with their constituents, there has been no response, and certainly no urgency from these so-called leaders when their local communities have needed them most.

“There seems to be a real lack of interest towards bingo clubs from politicians in England, yet we are very much the fabric of the community, and a safe, social place for adults of all ages to meet up. Loneliness was an issue in the UK before the pandemic, and now it must be at an all-time high – but our club has always been a solution to that,” continued Reilly. “We have to lobby government about our problems in bingo because they don’t understand that people love bingo for so many more reasons than just the game. If MPs where on the same page as the rest of us, they would realise the importance of the land based bingo community.” Of course, it’s not just the people with bingo cards that benefit. The tax from bingo clubs benefit us all, the jobs it creates provide livelihoods to the local area, and the stock it buys provides opportunities to local suppliers in a myriad of other sectors. But that message is not cutting through to the politicos in London. “I guess the penny will drop when it’s too late, like every bingo club we pay our way in terms of taxes and employ people, plus we buy wet and dry stock locally, all of the above will disappear because local and central government don’t care, they don’t see the consequences of their inadequate management,” concluded Reilly. And he is frustrated at the seeming intent of the authorities: “I feel like they are people and small business cleansing. And then they’ll press the reset button.” Indeed, it’s clear the bingo sector needs a large helping of support in 2022, not only for the small businesses trying to drag themselves away from the brink, but also for the big sense of community they create – and that is all at risk of being lost if government doesn’t act immediately. And Andrew Reilly is scathing: “Shame on the people managing our country.” The bingo sector is not just troubled, it’s enraged.