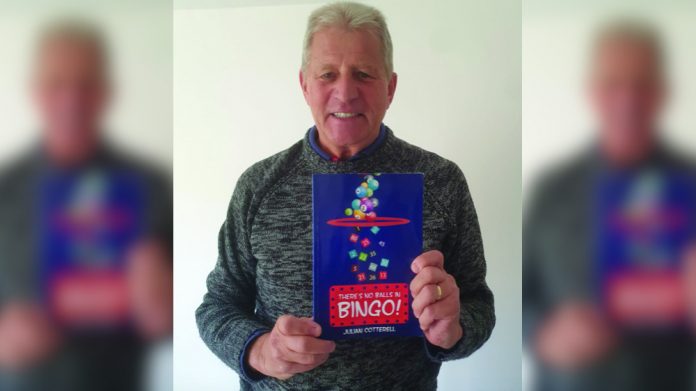 After 40 years in the bingo industry, Julian Cotterell has published his first volume of return an autobiography entitled There’s No Balls in Bingo, which recounts a career spent in Spain, South Africa, and Northampton’s bingo halls.

A retired Northampton bingo caller has recalled his 40 years in the industry in a new autobiography, which recounts an unexpected career trajectory from the UK to South Africa, and back again.

There’s No Balls in Bingo was written by Julian Cotterell during lockdown, and covers his extensive bingo experience, including the initial journey from doorman of a Chester hall to general manager of a range of northern clubs.

“I had eleven bingo clubs in the north of England, which I ran for ten years,” Cotterell told the Northampton Chronicle. “We generated a lot of extra business, which set me up nicely to go over there for the next stage of my career.”

“Over there” was South Africa, where Cotterell relocated to in 1998 in order to open the country’s first regulated bingo hall in Pretoria, which in turn generated a significant amount of local employment.

“It was a stipulation as part of the licence that we would only employ people who didn’t have a job already, because unemployment there was so great,” said Cotterell. “Before we’d even started advertising, four hundred people had shown up for the jobs.”

“We hired 120 young people who had never worked before or weren’t working at the time.”

After a number of years successfully operating in the country and meeting his future wife Erica, Cotterell then returned to the UK, taking up a position as manager of the Beacon Club on Weedon Road, Northampton.

“I saw attendances rise from six and a half thousand, to nine thousand people per week between 2000 and 2007, when the club was sold.”

“People feel there’s a huge value for money in bingo. They would come all the way from Wellingborough and beyond because the prizes were so phenomenal.”

After retiring to Spain with Erica, Cotterell was then presented with the ideal opportunity to dictate his memoirs when the country entered lockdown in early March 2020.

“With lockdown we had two months of severe restrictions. We only had one hour a day to go anywhere and, like my wife said, ‘there’s only so much gardening you can do.”

The result – There’s No Balls in Bingo – was published by Austin Macauley on 30 November, and is available in Waterstones, Barnes and Noble, and online.