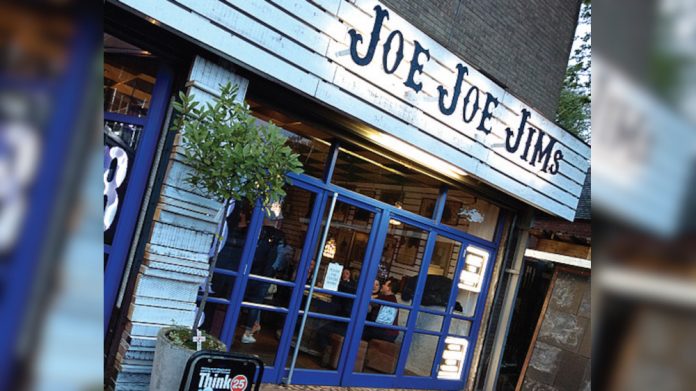 The owner of Joe Joe Jims in Rednal has celebrated 100 years since his great-grandfather opened the venue as Fletcher’s Palace Deluxe amusement arcade, with a series of live music events.

The Lickey Road arcade and live music venue welcomed Joe Gibbons on 4 December to lead the centenary events, which saw regulars gather to enjoy both the music and Joe Joe Jims’ range of heritage arcade machines.

“My great grandfather settled on this spot in 1920 but with Covid, we haven’t been able to mark the centenary until now,” Fletcher told the Birmingham Mail. “The Fletchers’ motto is throw nothing away so we have hundreds of old games dating back to the Twenties, and more in storage.”

“It’s been a tough year or so, so reaching this point feels very special.”

The original Joe Fletcher opened the Palace Deluxe opposite the tram terminal in Cofton Hackett in order to capitalise on the growing popularity of the area among Birmingham daytrippers, with Rednal then dubbed “Little Switzerland” due to the proximity of the Lickey Hills.

Fletcher had learned his trade travelling with Wilson’s Fun Fair, and made his name with a series of Big Side Shows, which included miniature wax dioramas of scenes such as Bluebeard’s Execution and the Palace of Versailles.

Though Fletcher’s son Joe inherited the arcade, he passed away in 1933 aged 40, followed just three days later by Fletcher himself, prompting the wives of the family to take on the running of the business until three-year-old Jim was able to take the reins.

“This business celebrates the names of the husbands but were it not for their wives like Lily, Ada, Estelle and Kelly, then this centenary would not have been possible,” said Fletcher.

The venue became Fletcher’s Arcade when the current Joe Fletcher inherited the bar from Jim in 1983, adding a range of contemporary video games, before expanding its offer further with live music and rebranding as Joe Joe Jims in honour of the previous generations.

“This business has always been about entertainment and now we do comedy and live music,” added Fletcher. “Millions of people in Birmingham have been through these doors over the years and it’s an honour to have been there for them.”