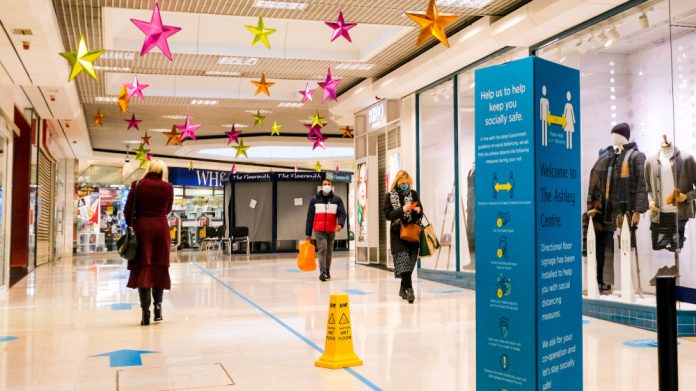 Bacta members have reported a 60 percent decline in footfall for December, as fears regarding the Omicron variant undermine customer confidence.

A report from trade association Bacta has revealed that growing fears over the Omicron variant have severely hit footfall at arcades and pubs across the country, with the impact “far greater than first anticipated.”

Following a survey of all members, the association discovered that trade during the start of December was well below half of pre-pandemic levels for many operators, as customers increasingly exercise caution.

“The responses that we received from members revealed a far more serious situation than even we anticipated,” said Bacta CEO John White. “In some cases, members reported that they were seeing more than 60 percent reduction in trade that they would normally expect at this time of year.”

“People are clearly staying home in order to combat the risk of self-isolating over the Christmas holidays. Even though the Government guidelines thus far have been around wearing masks indoors, they are having a chilling effect on people’s confidence to socialise and this may create as one observer called it, a lockdown by stealth.”

With the festive period traditionally providing buoyant numbers for UK attractions before the fallow months of January and February, any fall in visitation may have a serious impact on continued trade next season, and beyond.

With the government currently planning no extensions to its financial support package despite the mounting restrictions, White observed that if the situation continues to worsen, the UK retail, leisure and hospitality businesses will once again require state support.

“Undoubtedly, our fragile economy will need shoring up once more if we cannot get this variant under control. We are in constant dialogue with DCMS over the development of Government thinking and continue to feed in our views and evidence.”

“Extant guidance, which you will have seen before, has been tweaked to reflect the various changes that have been introduced, and the Government websites are now fully up to date.”

It may have taken legal action from those businesses left out in the cold by the government’s rates relief grant policy last year, but here is good news this week. The Government has published details of its £1.5 billion Covid Additional Relief Fund which emerged from the ‘class action’ that sought a rates reduction on the back of the impact of Covid on rental values upon which rates are based.

What could prove to be a real filip to thousands of businesses excluded from rates support earlier, the Government said it would establish an equivalent rates relief fund. John White has written to members advising them of the new programme, confirming: “The money has now been allocated to local authorities and it will be for them to determine how the scheme is applied but the intention is that this money will be available as a rates relief to businesses that did not benefit from any of the other Covid rates reliefs.”