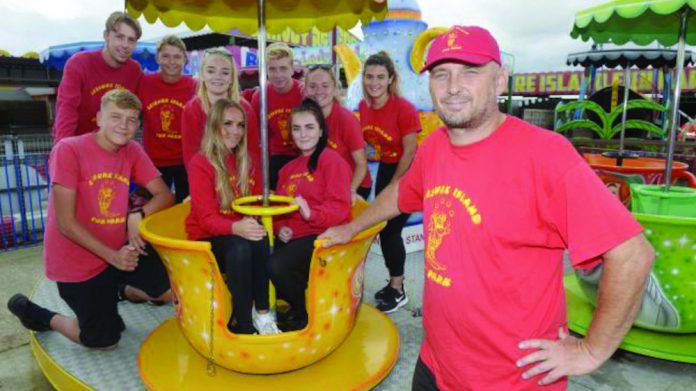 Leisure Island has confirmed its £500,000 extension is likely to begin this January, as Castle Point Council meets to discuss the seafront park’s plans.

Leisure Island has stated that a proposed extension to the Canvey attraction could begin in January, if the £500,000 scheme is approved by Castle Point Council this week.

The plans, which include a dinosaur crazy golf course, Legoland-style driving school and small rollercoaster, are set to more than double the seafront park’s capacity.

“If all goes well we hope to start work at the end of next month and hopefully it will be well underway by Easter,” MD Scott Petty told the Echo. “This is all weather dependent but ideally it would be finished for the start of the summer holidays. It feels like it’s been a long time coming and has been 12 years but a lot has happened in that time.”

“The council set up the working party to improve the seafront and councillors have helped to push this through. We are for younger children but this will help us compete with the likes of Adventure Island and get them to notice us a bit more. It will also be another option for families as we are the closest seaside to London.”

The extension represents another significant investment boost to the region with nearby Adventure Island in Southend recently confirmed a £100,000 investment of its own. The half a million pound expansion at Leisure Island will raise its capacity up from 2,000 to 5,000.

Planners will meet this week to vote on the scheme, with a positive outcome expected despite the proposal’s potential impact on the Grade II listed Labworth Cafe.

“The proposed extension to the amusement park would improve the visitor offer of the seafront entertainment area which is a public benefit carrying a fair amount of weight,” states an initial report from the Council.

“The harm to the significance of the listed restaurant is not desirable but when one considers that the harm arising from this specific proposal would actually be quite small, it would not demonstrably worsen the overall setting of the heritage asset, and the public benefit of the proposal outweighs this harm.”