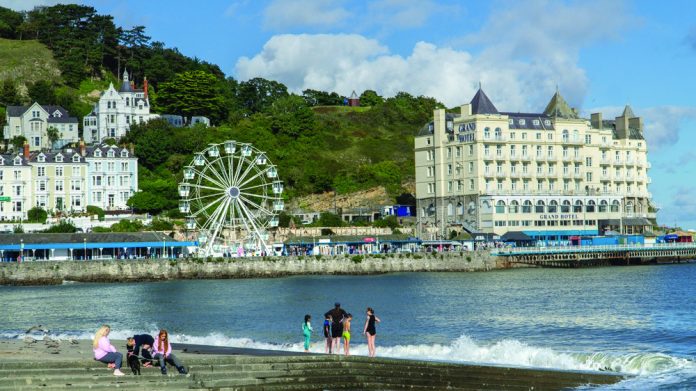 Llandudno Pier owner Adam Williams has announced plans for a £20m indoor entertainment centre on the site of the former Pier Pavilion, saved from controversial redevelopment earlier this month – by his own acquisition.

Adam Williams has announced plans for a new £20m entertainment complex on the site of the former Pier Pavilion, featuring bowling, restaurants and bars, stating the year-round attraction could “really change the economy.”

The Llandudno Pier owner acquired the £2.8m site from Quay Developments earlier this month, and will now look to submit a planning application for the pavilion in the new year, noting “the aim of the game is to secure the pier’s future.”

“This is huge for Llandudno,” Williams told Conwy’s Local Democracy Reporting Service. “Everyone knows I think Llandudno’s great to start with, but we do miss out in the winter season and the rainy days, for something for families when the weather is not nice.”

“This would help that immensely. It would help the pier keep jobs 12 months a year. I think it would help a lot of the hotels keep full-time jobs too and really change the economy.”

The designs are expected to be modelled on the original pavilion which burned down in 1994, and though the development is predicted to create 150 new jobs, the type and extent of the attractions on offer are yet to be confirmed.

“We would have to look at a list of what works in leisure and entertainment and see what we could physically get in there and afford. But you are probably looking at £15m-£20m for the development.”

“The finished building is going to take a while. I don’t want to rush into it. This building is going to stay there for at least 100 years and be useful for all that period. So there is a lot of thinking to do, a lot of work, a lot of design. We need to make sure we get it right. So the definition of getting it right is what suits the town and the tourism industry. It’s got to suit everybody.”

Williams added that though the ambitious proposals makes him “very nervous,” they are also “very exciting,” with the finished pavilion able to significantly improve the future life of the heritage pier itself.

“Everything we do is to make sure the pier can afford its maintenance. The wind the other night didn’t help! But this will make an economic impact so we can keep going in the future.”