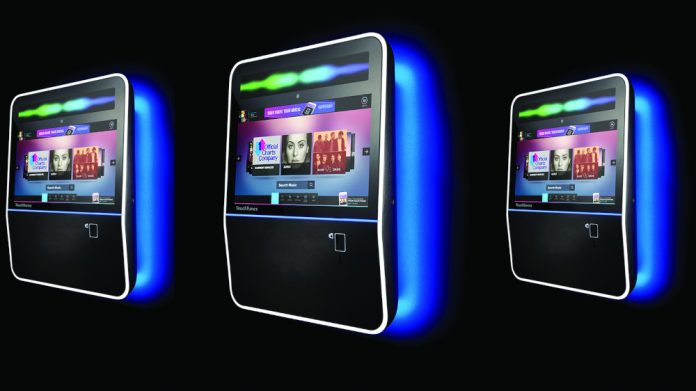 TouchTunes has hailed the “head-turning” appearance of the Angelina as the key behind its success, as the firm celebrates three years of the jukebox making waves in the UK market.

TouchTunes has revealed what it believes is the secret behind the success of the Angelina Jukebox, with the cabinet’s innovative technology, reliability and market-leading performance all coming second to one thing – its “head-turning” appearance.

Since the Angelina was launched in the UK in November 2018, the Palladium-powered machine has proved an increasingly popular music and entertainment solution across the country, offering both style and substance to users and operators alike.

“What makes a successful pub machine can vary greatly but one vital ingredient has got to be the way it looks,” said a TouchTunes spokesperson. “Attractive cabinets that are well designed and beautifully illuminated are a clarion call to players in a crowded bar.”

“This is a fact that has been recognised in the gaming machine market, where a favoured cabinet design featuring changing LED illumination, touchscreens and sleek lines has emerged. Why shouldn’t a jukebox fit this mould?”

Noting that the Angelina “has always looked this way,” the company added that the US-designed machine “stands out in the quality of its components and design – but it blends in with the market-leading gaming equipment from leading suppliers.”

Commenting on the machine’s qualities, sales and marketing manager Toby Hoyte added that it’s not just Soundnet/TouchTunes that recognises the visual appeal of the Angelina; customers are just as keen to sing the praises of its appearance too.

“At the recent ACOS show, a customer pointed out how good the Angelina looks alongside today’s top gaming cabinets. Top sites want machines which complement each other and the décor of the venue.”

“Of course, the fact that Angelina is also the top earning digital jukebox in the UK is also a major consideration.”