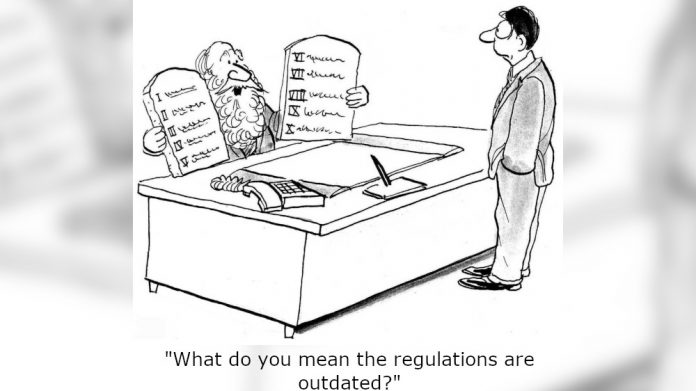 New communications agency same old problem – why is it that the overwhelming majority of MPs still know so little about the business?

Bacta has revamped its communications function. But the problem remains the same: why are politicians so lacking in their understanding of the industry?

Last week’s Coinslot reported on the news that Bacta has shuffled its communications pack and dispensed with both Interel and Upgrade PR in favour of SEC Newgate.

According to the super concise 264-word press release issued by the new agency it will be overseeing Bacta’s ‘public affairs, digital and public relations support.’ There’s no doubt that SEC Newgate has impressive credentials and according to its website is ‘focused on achieving positive outcomes through communications, advocacy and research.’ It ranks in the Top 30 groups in the world, and has 600 staff working out of 38 offices which are spread across five continents.

So, what should the latest agency to represent the industry be prioritising?

Surely the most important task has to be to get fully up to speed with the business. Ours is not a conventional arm of the leisure economy and comprises an eclectic mix of intergenerational family-owned independents and trans-national operators.

The industry is highly regulated and cannot behave like neighbouring businesses on the high street not least its inability to pass on or share increased costs with customers.

In terms of focus they need to push for an uplift in stakes and prizes and a mechanism to ensure that the industry has parity with jumps in the cost of living. Inflation in the broadly based hospitality sector is running at around 13 percent – all of which comes off an AGC operators’ bottom line.

It should also be aware of what it is that has hampered the work of the previous incumbents to have held the Public Affairs brief for Bacta. For example, why is it that so many MPs and civil servants still know so little about the industry, a level of ignorance that has resulted in it being on the wrong side of so many policy decisions not least during lockdown.

As such the most pressing need is to dramatically improve awareness of our industry with constituency MPs and to achieve that to keep the messaging dead simple.

By working with Bacta members (the new agency’s most potent ally) the straightforward aim should be to get as many MPs as possible into their local AGC over the shortest period of time possible, to meet with their constituents – players and staff – and experience for themselves what the industry is all about.

It’s as simple as AGC.

Restrained, restricted and controlled by outdated legislation: time for change then

The industry assembled for the first time since 2019 for a hefty dose of politics at this week’s Bacta Convention. Coinslot assess some of the early exchanges where Bacta’s attack and defence were busy in action, while the opposition changed its line-up but not its formation.

There was a well co-ordinated balance of view coming out of the early speeches at this year’s Bacta AGM with president Greg Wood offering a compelling and convincing case for freedom to innovate, whilst chief executive John White was impassioned by the need for the unity. In between we got a warmer tone from Gambling Commission deputy CEO Sarah Gardner, albeit delivering the same carefully crafted automated mantra.

Bacta’s return to duty after a two year break from the face to face gaze is a fascinating one.

For the external audience, Greg Wood delivered an energetic and probing challenge to the authorities: let the business do its job.

Wood called for a mixed economy approach to the gambling review: a balance of market freedom and regulation – something which has been lacking for several decades.

And post Covid, it’s a blend absolutely vital for the future of the industry.

“The ability to move forward, innovate and develop our sector is currently restrained, restricted, and controlled by outdated and blunt legislation. This needs to change,” he said. “We must have the opportunity to try and develop new ideas in the real world.”

For Wood this was as clear as daylight. For the legislators and regulators for way too long, they have simply never been able to see the wood for the trees.

This Wood made it a lot easier for them in his AGM speech. He wants to test new innovations, assess the data, bring 21st century standards such as debit card payments into the industry.

And he wants to change the mindset of the local authorities when it comes to licensing. With all the investment made in arcades and with their key contribution to the local economy and leisure offering, their standing with local authorities is poor. That, says Wood, has to be repaired and rectified.

And that challenge, this week in particular, was given sharp focus in Enfield where the authority has made a disturbing challenge to the ‘aim to permit’ principle that currently underlies licencing procedures. They want control over that decision which would be concerning news to high street gaming.

Timely really given the recent announcement by the Gambling Business Group of a new drive for high street arcades and the delivery of their message.

At Bacta this is clearly a challenging issue; John White’s speech was very much focused on industry unity – which, given the broad nature of Bacta, has always been a difficult juggling act.

The high AGC sector and the supply chain are under intense commercial pressure, it is pretty clear that something has to be done to help their cause – and now.

But one body that won’t be lending any support to that is the Gambling Commission. Bacta reported on a much better relationship between it and the regulator. But the truth is, it’s an imbalanced relationship. The industry is the only side that ever gives.

We may have got a some touchy, touchy, feely, feely from the regulator – and smiles and warm words. But there was also a lot of gropey, gropey too – the Commission wants more data from the industry and it wants to squeeze more out of it – dangerously more than this particular industry probably has to give.

The best we got from the Commission this week was a change in tone, but it’s still the same message – and that remains a key stumbling block to industry aspirations.

In all, the Bacta Convention showed one thing – the industry is desperate to get back to work and it has all the ideas to make a success of it. But, as Greg Wood said, it’s restrained and restricted.

That is where this government needs to make its mark and deliver what its manifesto says: build back better.

And that isn’t going to happen with legislation and regulation that remains completely out of touch.