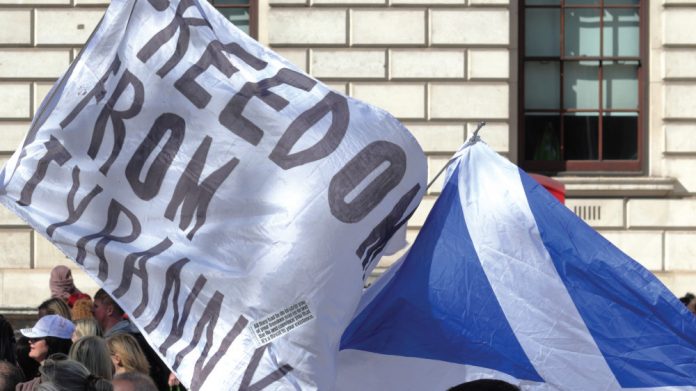 The hospitality sector in Scotland has issued a stark warning about the impact of extending vaccine certification as UKHospitality Cymru issues cautious welcome to the mood music coming out of the Senedd.

Scotland’s hospitality trade bodies led by UK Hospitality and comprising the NTIA, SBPA, SHG, SLTA, have released the results of a joint survey that highlight what they are describing as the ‘impossible financial situation’ that extension of vaccine certification would put the sector in. A survey of more than 150 business owners and operators reveal the extent of the impact any extension would have on the hospitality sector, which they describe as being vital to local economies and Scotland’s tourism offer.

The current picture shows 83.6 percent of businesses registering turnover that’s down by over 10 percent on pre-pandemic levels. It predicts that should vaccine passports be extended to the wider hospitality community that 76.2 percent of businesses would not survive the winter without further Government support and that almost all (95.4 percent) would be forced to cut staff hours.

The survey also found that for those businesses already impacted by the policy 95.2 percent have experienced a negative impact on trade, and that 87.2 percent have seen trade reduced by over one fifth since the introduction of the scheme.

In a joint statement, the trade bodies said: “From this survey it is clear to see that Scotland’s hospitality sector is in a precarious situation, making the recovery period all the more important. Four out of five (83.6 percent) businesses are significantly below pre-pandemic levels and with inflation, debt levels and other costs rising, the sector is facing a very difficult winter ahead.

“The survey also shows that Covid certification has a hugely negative impact on businesses already caught by the policy and any extension will have a devastating impact on the wider hospitality sector. Three quarters (76.2%) say they would not survive without further economic support from Government, should the policy be extended.

“It’s a similarly worrying picture for staff with over 95 percent of businesses saying that if trade reduced in line with expectations, they would have to reduce staff hours by the same or greater percentage as the loss of turnover. Given that turnover has reduced by 20 percent to 40 percent for businesses impacted by the scheme, this would be a devastating blow for the sector’s 100,000 workers just in the run-up to Christmas. The Scottish Government must take this into consideration when making the decision on any extension of the Covid certification and provide the economic support to keep thousands of businesses afloat.”

By contrast sister organisation UKHospitality Cymru has warmly welcomed the Ministerial announcement confirming there are ‘no immediate plans’ to extend Covid passes into more parts of hospitality. The Senedd statement, by Finance Minister Rebecca Evans, was described as “a huge relief for thousands of businesses across Wales,” by David Chapman, UKHospitality’s Executive Director for Wales.

“Night time businesses in Wales are already reporting a double-digit-drop in trade linked to the enforcement of Covid Pass restrictions – and the wider industry fears economic instability and simply not having enough staff to cope with across-the-board restrictions,” Chapman said.

“For our affected members, Covid Passes are cutting trade, pushing up costs, stretching staff resources to the limit and negatively affecting public perceptions of sound and tested industry safety regimes. If the passes were rolled out more widely, they would likely to restrict hospitality trade by up to 15 per cent at the most critical time of the year, damaging industry recovery and jeopardising new year business and job sustainability.

“All evidence suggests that almost all transmission take place away from our premises, so there is no obvious and valid argument for struggling hospitality businesses to be singled out for restrictions.”