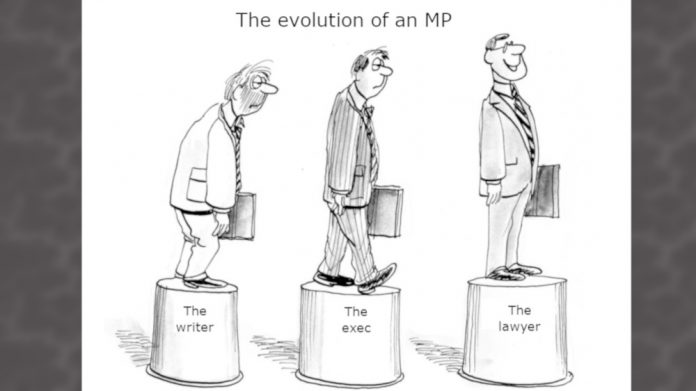 Why do politicians think that there isn’t a human side to business? It might be the case in their own industry, but it’s certainly not in our’s. Is it time to tell the parliamentarians that they have to listen to the business community – and that not to do so will be their peril?

In a week where ‘political’ matters take centre stage as Bacta prepares to hold court at its annual AGM on Thursday, business is – and must never be too far away from the discourse.

And this week the business signals are flashing amber; Bacta’s political and regulatory guests take note.

Inflation has risen – and the trajectory going forward is not looking good; a great interview with CLMS’s Simon Barff in this edition of Coinslot has revealed that machine performance is steady rather than sparkling; and the cost of Covid is revealing itself in destructive detail through the likes of Carlton Bingo whose financials took a £12 million revenue hit last year.

In the Birdcage this week, The Gambling Commission’s Deputy CEO Sarah Gardner will probably tell you this is of no import to the regulator; and John Whittingdale MP will advise us that the government is totally committed to addressing these financial insecurities.

One is patently wrong; the other will hopefully go back to Parliament with a message to his fellow politicians that they must get their act together.

Talking straight, Sarah Gardner needs to understand that the financial health of the gaming and gambling industry should be of the utmost importance to the regulator – it’s irresponsible not to think that.

The Commission exists to regulate the industry, not debilitate it.

It needs to stop talking the business down, stop being selective with its only-bad news stories, stop the negative narrative that is working its way into other arenas, and it has to address the unnecessary bureaucracy and obstacles that costs our businesses dear.

And for John Whittingdale, if there’s one message he needs to go back to Parliament with, it’s imperative that business has an important voice in the political process.

The current debate about second jobs is just depressing. Not just because it’s mindboggling that MPs can actually do two jobs, but more the debate surrounding it has exposed the public to how ignorant many of our parliamentarians are.

It’s reached a point that we can’t trust them, not because they’ve got their noses in the trough, but because they’re actually stupid.

And it’s devoid of any rational, sensible coherant thinking.

The current argument is that the business sector should have no role to play in Parliament. You can be a doctor or a nurse and still an MP, but you cannot be a businessperson.

Stepping aside from the morality or emotive argument, the reality is the Treasury and economy drives everything we do. Every nurse or doctor is paid through the proceeds of taxes handed over by businesses via CT and business rates, and all their employees through personal tax.

Every business that fails impacts everyone in that business: directors, staff, their families, their suppliers and their families. Some will lose their homes, some will suffer stress and health issues.

There’s a human side to business, in fact, it’s probably the most important side to business. To exclude it from the political decision making process means the impact of inflation will not be understood until it’s too late; that the steady rather than sparkling recovery in machines could have short term human consequences; and that a £12 million hit to one bingo business, is £12 million too much. And each of these experiences has a disconcerting human story behind it.

We need less knee-jerk and more knowledge from our politicians. We need wise parliamentarians, not wallys.

We just need business perspectives in the political system.

There may be trouble ahead!

Sharp price rises and a cocktail of interest rates and NI hikes are likely to squeeze disposable leisure spend. This was definitely not on the Covid recovery plan.

As society begins very slowly to adapt to the new normal, the business focus must now shift from surviving the pandemic to how the commercial world can do much more than simply keep its head above water.

For anyone involved in the leisure sector and the intensely competitive battle to win the consumer’s disposable income, the prospects aren’t looking particularly good, it has to be said.

Leisure businesses need to have funds percolating through the economy and for consumers to feel confident about the future.

According to the respected and not normally hysterical Institute of Fiscal Studies, workers will need a pay rise of 7 (seven) percent next year just to stand still as a combination of inflation and tax rises eat away at their spending power.

Prices jumped 4.2 percent in the 12-month period to October which is more than double the official Bank of England target of 2 percent. The forecasts suggest that it will rise to as much as 6 percent by Spring 2022.

Add to this April’s National Insurance hike which will increase taxes by 1.25 percentage points and the picture is less than rosy.

Taking a glass half empty position and the stark prognosis is that the population is facing a £2,000-a-year hit if inflation, tax hikes and the almost certain rise in interest rates are added together.

When living costs sky rocket like this it impacts every business with the ‘nice to haves’ such as leisure taking a big hit.