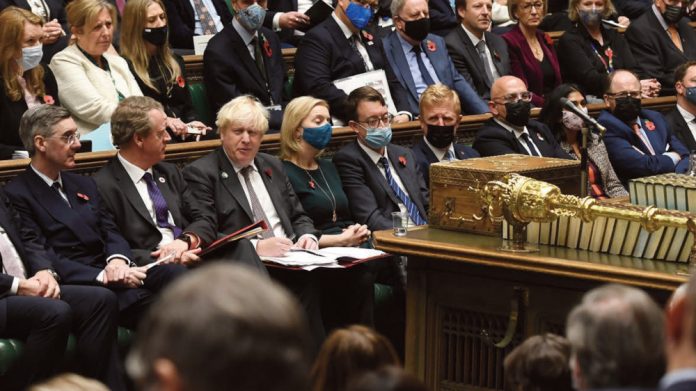 In the light of new evidence concerning moonlighting elected representatives Off The Record asks when does the second job actually become the first job, how much should Medics receive to encourage them to relocate to work in Blackpool and argues why the industry needs to get more MPs into our AGCs and FECs – pronto!

As we await the publication of the Government’s White Paper on the review of gambling, the industry needs to press ahead with its political agenda.

The industry is highly regulated and cannot behave like neighbouring businesses on the high street in so many different ways, not least our inability to pass on or share increased costs with customers. In terms of focus we need to push for an uplift in stakes and prizes and a mechanism to ensure that we have parity with the cost of living. Inflation in the broadly based hospitality sector is running at around 13 percent – all of which comes off our bottom line.

I believe the most effective use of resource is to improve awareness of our industry with constituency MPs. Our FECs and AGCs employ local people, entertain local people and support local supply chains. The goal should be to get as many MPs as possible into their local AGC/FEC over the shortest period of time possible.

The Prime Ministers misguided, ill-considered three-line whip wasn’t really about Owen Paterson it was about undermining the process of parliamentary scrutiny

Just when you thought Dominic Cummings had been relegated to the category of annoying historical footnote up he pops to have yet another pop at his former boss. According to Cummings, the PM’s stance on former MP Owen Paterson wasn’t so much a show of personal loyalty and solidarity with a friend and colleague as it was a brazen attempt to discredit the work and reputation of Kathryn Stone, the Parliamentary Commissioner for Standards.

Cummings claims that the PM’s support of changes to parliamentary inquiries were a pre-emptive strike and a method of undermining any future inquiry examining the where’s, why’s and wherefore’s of funding the ostentatious makeover of his Downing Street flat which was undertaken by luxury interior designer, Lulu Lytle at a cost of £52,000. Accounts show the work was initially funded by the Cabinet Office, which invoiced the Conservative Party which was in turn refunded by Tory party donor Lord Brownlow.

Personally, I remain to be convinced that the country cares that much about ‘wallpaper gate’ – but perhaps the focus is on avoiding the scrutiny of Ms Stone on bigger issues further down the line and yet to come to the public’s notice – watch this space.

£20k incentive to work in Blackpool – of course it’s a no brainer!

A report has been published recommending that family doctors should be pushed to work in deprived parts of the country.

According to the Social Market Foundation (another very worthy think tank!) the number of doctors per head of population in poorer areas are half of that found in richer parts of the country. The report goes on to say that nationally there is one full-time GP for every 2,289 patients and the figures range from one per 1,700 in affluent Oxfordshire to one for every 4,480 in Blackpool North. In a fuzzy bit of logic, the SMF says that GPs shouldn’t be told where they must work but be restricted in where they can work.

The government is said to be thinking about taking a stricter line with GPs and the NHS is already using sweeteners of a cool £20,000 to attract them into areas crying out for more medics such as Blackpool. And there was I thinking that a career in medicine was a vocation!

Moonlighting MPs create an intolerable tension not to mention confusion on what actually constitutes the second job?

The Owen Paterson affair and more recently the revelations regarding Sir Geoffrey Cox the former Attorney General with the booming town crier decibel voice has prompted some intense scrutiny regarding the activities of our elected representatives and what they get up to when they are not representing us, the people who put them there in the first place.

The line commonly deployed in defence of the second jobbers is that Westminster would be a really dull, one dimensional place if it was dominated by career politicians with no experience of life outside parliament. But as the Daily Telegraph pointed out isn’t it strange that MPs who make such a case for diversity never choose to work in a restaurant, a call centre or moonlight as an Amazon delivery man/woman instead opting for the close to £900k that Sir Geoffrey trousered for representing the British Virgin Islands in an inquiry brought by the UK government in relation to alleged corruption (you really couldn’t make this up). Reluctantly, I have come to the conclusion that MPs should be banned from moonlighting as consultants. Perhaps parliament would be a lot more representative if it had fewer Barristers and instead replaced them with people of integrity who felt comfortable earning a basic back bench salary of over £80,000.

The committee on standards in public life probably need to reflect on why it is that for many in Westminster being an MP is now regarded as being the second job.

Far from being ‘bottle merchants’ for not raising interest rates, I’d prefer to toast the Bank of England for supporting business

Against all advice the Bank of England decided not to tackle the threat of galloping inflation by raising interest rates and I for one applaud them for their single mindedness. If policymakers had raised the rate from the historic low of 0.1 percent it would have become the first of the world’s big central banks to do so since the start of the Covid-19 outbreak. While rises are inevitable I believe Andrew Bailey, the Bank governor recognised the fragile state of businesses up and down the country which are struggling to pay back loans and are being crippled by rising prices.

As I’ve always said – more businesses fold coming out of a recession than do going into one. So rather than be hauled over the hot coals for failing a test of political independence as suggested by numerous economic commentators it should be a case of hats off to ‘The Old Lady of Threadneedle Street’.