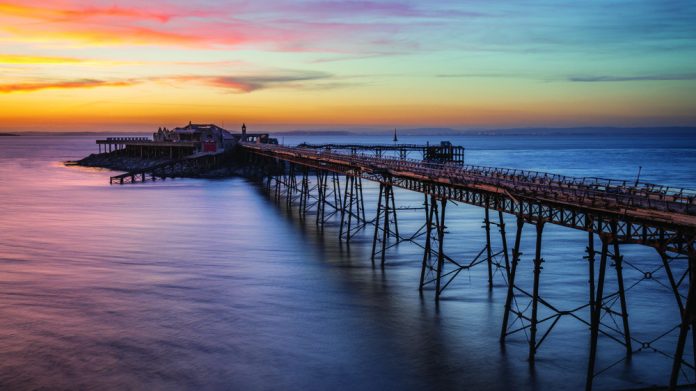 Following years of evasion and litigation, CNM Estates has finally agreed to sell the crumbling Birnbeck Pier to North Somerset Council, allowing the RNLI to return to the Grade II landmark and, maybe, a restoration that will bring some amusement to the region.

North Somerset Council has confirmed Birnbeck Pier is to be restored and reopened, after private owner CNM Estates agreed to sell the deteriorating Grade II landmark following years of legal and legislative wrangling from councillors and campaigners.

The local authority will now work with Historic England, Birnbeck Regeneration Trust, and the RNLI to re-establish the structure as the home of the local lifeboat service, before reopening the pier to the public for the first time since 1994.

“Thanks to the huge amount of work behind the scenes, we have finally reached this significant milestone and taken a massive step towards restoring Birnbeck,” said executive member for placemaking and economy, Cllr Mark Canniford. “We are keen to acquire Birnbeck as soon as possible.”

“I am delighted that we have been able to avoid the compulsory purchase order process, which would have been overly complex and time consuming.”

NSC voted to authorise a CPO in February 2020, after CNM ignored a Repairs Notice delivered by the council in September, with Historic England allocating a £127,000 grant to help the authority secure the structure’s future.

The following January, CNM sold the pier to Birnbeck Holdings, a newly-formed company chaired by its own CEO Wahid Samady, before launching an appeal against the CPO later the same month, however the developer has now agreed to hand over control.

“With ownership of Birnbeck Pier in public hands it will not only become a public asset, opening the way for grant providers to support restoring the site, but it will allow the RNLI to get back to their island home and do what they do best,” said Birnbeck Regeneration Trust.

“The trust would like to thank North Somerset councillors and officers for sharing our vision of what an extraordinary asset, both commercially and artistically Birnbeck could be to the wider community.”

“While the funding and engineering involved in such a project is incredibly challenging, the Council taking ownership of Birnbeck is essential to the RNLI’s ambition to re-establish a lifesaving facility on the island.”