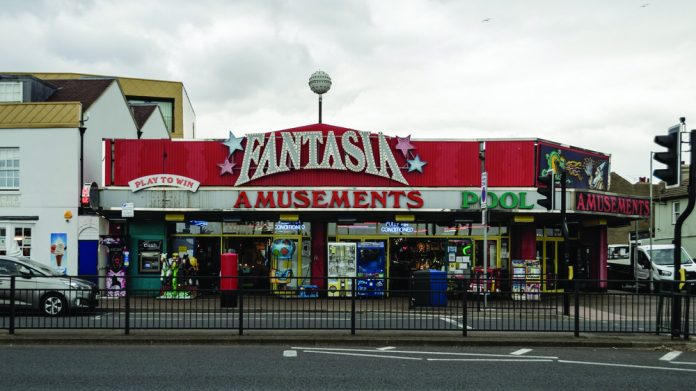 Fantasia Amusements in Southend has been placed on the market, with local estate agent Dedman Grey advertising the long-established venue as a going concern.

The Eastern Esplanade venue is listed with a guide price of £195,000, with the current landlords expected to grant a 21-year lease to the new owner.

“The business has for some time now been run entirely under management.”

“Offering a good mix of both modern and classic machines, having ‘something for everyone’.”

The listing states the “vast majority” of the site is dedicated to gaming and amusement machines and circulation space, with toilets, stores and offices to the rear.

“Rear service road access for collections and deliveries, with power roller shutters to the front,” noted the agency, adding “the business is operated by four full time staff.”

The arcade operates from 10am until midnight seven days a week during the summer season, and is open all year round, including Fridays, Saturdays and Sundays during the winter months.