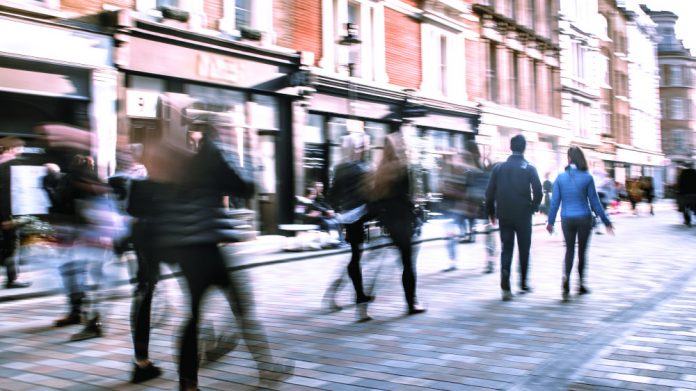 The latest figures from the British Retail Consortium provide some grounds for optimism but the fact remains that 10 percent of high street shops have been empty for over a year.

The latest data produced by the British Retail Consortium (BRC) covering Q3 2021, shows that the overall GB vacancy rate remained at 14.5 percent, the same level as Q2 but 1.3 percentage points higher than the 2020 figure. No locations saw an increase in vacancies in Q3, with Shopping Centre vacancies remaining at 19.4 percent for the second consecutive quarter.

Commenting on the figures, Helen Dickinson OBE, Chief Executive of the British Retail Consortium, said: “While this is the first time in over three years vacancy rates have not risen, they still remain at a record high. Retail parks remain resilient as the only location type that saw vacancies fall this quarter. This is because many brands who have traditionally occupied shopping centres and high streets are opening stores in out-of-town locations to meet customer demand, and retail parks have become increasingly vital for supporting the expanding online services of some businesses. Meanwhile, 10 percent of high street shops and more than 13 percent of retail units in shopping centres have remained empty for over a year.

“When stores are forced to close, it not only takes away much needed jobs, but also diminishes the vibrancy of those communities. This gives retail a vital role in supporting the Government’s levelling up agenda. However, business rates continue to pose a threat to the future vibrancy of hundreds of towns across the UK and without a reduction in the burden, four-in-five retailers say they are likely or certain to close some of their stores. The Budget announcement fell far short of the truly fundamental reform that is needed, meaning we will likely see further loss of shops and jobs and it will prevent investment in many of the areas that need it the most.”

Lucy Stainton, Director of Local Data Company which helped compile the report, said that vacancy rates constitute one of the most robust indicators of the health of the physical retail market and that the latest figures provide some cause for optimism. She explained: “It was interesting to see that this quarter the steady increase in empty shops, both pre and especially during the pandemic, have started to stabilise. Looking in more detail we can see that many regions are actually seeing a decrease in vacancy as the independents sector in particular returns to growth and these independent operators are taking advantage of properties being more attainable with better rental deals being offered.

“It’s certainly very welcome seeing this sharp increase in empty units slowing down, however that’s not to say there isn’t yet still a difficult period of restructuring and redevelopment ahead alongside some industry milestones such as the moratorium on commercial evictions being lifted. Added to this, will the recent announcements regarding business rates be enough, a welcome move for many but for those larger operators with more exposure in flagship locations the business case for comparatively expensive city centre units is still strained. A return to growth for the independents sector is truly positive but somewhat offset by the challenges being faced by larger multiple retail and leisure brands, many of whom will still be exposed to a large perhaps unmanageable rates bill.”