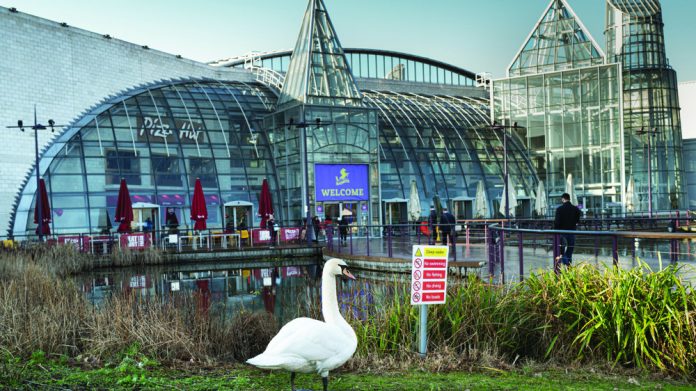 Bluewater has submitted proposals to Dartford Council to build a new all-year Centre Park on site, part of an ongoing investment in expanding its leisure and entertainment offering. All the fun of the fair is heading down to the south east of England.

Kent shopping complex Bluewater has submitted proposals to host a year-round funfair on site, part of plans to diversify the retail centre’s customer base with an expansion of its leisure and entertainment offering.

“An application has been submitted to Dartford Council to use the West Car Park at Bluewater for events and leisure activities as a new “Centre Park,” which would operate all year and include amusement rides and attractions, as well as food and drink stalls,” reported Kent Online.

“The shopping centre has also applied to use the car park seasonally, from mid- June to mid-September as ‘The Beach,’ and from mid- November to mid-January as ‘Winterland,’ which is due to return from next Saturday 13 November.”

Proposals for Centre Park include bumper cars, a family-friendly roller coaster, and an observation wheel, alongside coffee and ice cream stalls.

When relaunched as The Beach in time for the school summer holidays, the park will feature a 25,800 sq ft sandy beach, a family pool and splash pool, and a series of water-based rides, alongside a Beach Bar serving hot and cold food and alcoholic beverages.

As Winterland, the park will include a “winter bumper car ride” alongside other festive-themed family attractions, including Blizzard, Avalanche and the Star Flyer.

“In the heart of Kent, a land filled with wonder and excitement awaits,” said Bluewater ahead of the opening of Winterland this month. “Boasting an incredible selection of rides, games, attractions and festive treats we’ve got something for the whole family at Winterland.”

The proposal reflects a continuation of Bluewater’s increasing investment in leisure and entertainment over recent years, as retail centres across the country respond to changing visitor trends.

“There’s more to Bluewater than shopping,” states the centre’s website. “Bluewater is a great day out for all the family and with a 17 screen Showcase Cinema de Lux including IMAX, Gravity Trampoline Park, Pirate Cove Adventure Park and Dinotropolis Dinosaur themed soft play, there’s something to keep you entertained whatever the weather.”