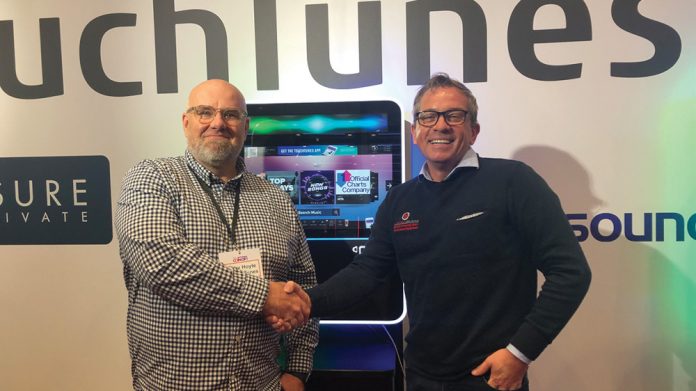 Paul Purcell talks to Coinslot about the rise of Amusement Leisure, the jukebox revival and sharing trading secrets.

“I am just a salesman,” says Paul Purcell modestly, but with a smile that says he knows he has ruffled feathers with the rapid rise of his operating company Amusement Leisure in recent years.

Not that long ago, Purcell was running a few machines out of the back of a van. He had come across the industry by helping out a mate and realised this was something he could be good at.

He rapidly built up his business through a ‘radical’ concept. He would provide his customers with the latest equipment and he would invest in the best.

“Jukeboxes are my way into a new site,” he explained. “I visit the site and I see they are operating an older model of jukebox and I know they are not getting the best from it. So, I offer a top of the range juke like the TouchTunes Angelina and that’s my way in. Once I am in, I sell them the rest of the equipment.”

Jukeboxes are in fact the most searched-for item on Purcell’s website. He spends a great deal of time and money on his SEO, as well as keeping his social media feeds updated. He knows that the first port of call for new business is often online. “If a new customer has searched for a jukebox – or makes an enquiry – I know I am in,” he says.

Is he not worried about giving away his trade secrets? “I am not worried at all,” he says. “I know other operators are just too lazy to go out there and get the new business and too unwilling to invest in the best equipment. That’s how I have managed to expand so fast.”

Amusement Leisure now services around 500 sites in the UK and has bucked the trend of consolidation among independents – even growing by 45 sites during the lockdowns. Purcell recently placed an order for 100 TouchTunes Angelina top-of-the-range digital jukeboxes during ACOS, as reported in last week’s Coinslot.

As for the future, Purcell is still intent on expansion. “I am not just a salesman – I am also a workaholic,” he admits. “And I suppose you could call me an industry disrupter.”