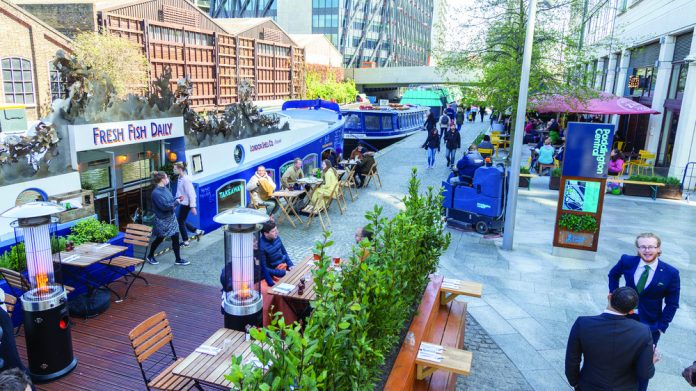 Despite decades of what many would call preferential treatment, Britain’s capital is struggling to get back on its feet as the hospitality sector outside of London bounces back to above pre-pandemic levels – but headwinds on the horizon threaten the recovery of all operators.

The hospitality sector outside of London is performing above pre-pandemic levels and recovering well, according to Ernst and Young’s head of hospitality and leisure for the UK and Ireland, Christian Mole.

Speaking to Investors’ Chronicle last month, Mole identified a geographical split in terms of the sector’s recovery, highlighting a “big shortfall in demand in London”, where commuters and international tourists are no where near as plentiful as they were before the pandemic hit. He added that a downturn in business travel still exists that isn’t expected to recover significantly until 2024, with headwinds facing the capital city including supply issues, labour shortages and “ an image problem that we don’t see in the rest of Europe”.

Indeed, September sales for hospitality were 1 percent lower in London against 2019, compared with a growth of 12 percent for the rest of the country. The Coffer Peach Business Tracker, an industry monitor of pub, bar and restaurant sales, recorded 8 percent revenue growth for September across the entirety of the UK, the second consecutive month of growth against 2019. This was in part helped by improving consumer confidence and the ‘staycation’ trend – a factor that was highlighted recently by pub and hotel operator Marston’s in its trading update. Marston’s, whose venues largely exist outside the capital city, reported sales growth above 2019 levels, and no major concerns regarding the labour market and only limited disruption in its supply chain.

While sales outside of London have been strong, cost increases and the inflation they cause may extend nationwide. Ian Wright, chief executive of the Food and Drink Federation, told the Business, Energy and Industrial parliamentary select committee recently that “in hospitality, which is a precursor of retail, inflation is currently running somewhere between 14 per cent and 18 per cent”. This was backed by the owner of TGI Fridays, Hostmore, who announced that “food inflation, including fluctuations in the price of raw materials and ingredients” were a key risk for their business.

As winter descends upon the UK, analysts have noted the possibility of renewed government restrictions impacting the sector, which would represent a major blow to a sector only just getting back on its feet after being knocked out by the last two years of restrictions and lockdowns. The next two years will no doubt be a challenge for hospitality operators, however Owen Shirley, associate director at investment bank Berenberg, believes that cost rises “can ultimately be managed with efficiencies and select price increases where necessary”. So check the price of your pint of choice before purchasing.