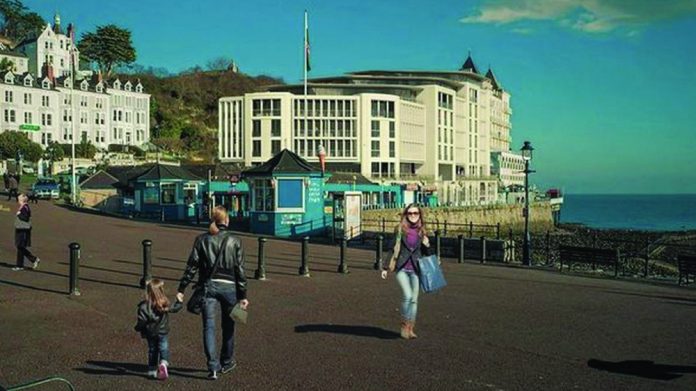 Not even Zoltar, the fortune telling machine on Llandudno Pier could have foretold this outcome. But after years of uncertainty for the attraction posed by a 10-storey apartment block development on its doorstep, the pier’s owners have bought the development site themselves. £ 2.8 million paid and a future secured for both the pier and Llandudno’s standing as the seaside resort of North Wales. Now, says Adam Williams, “the hard work starts”.

The owner of Llandudno Pier has purchased the site of the former Pier Pavilion earmarked for a controversial £20m residential development, after the plot of land was put up for sale by Quay Developments for £2.8m. Adam Williams agreed the terms of the deal with property owner Alan Waldron ahead of a 9 November auction, following a long-running campaign against the ten-storey apartment block, which would have put the future of the landmark pier “at risk.”

“Given the close proximity to The Pier, and the fact that until 1980 they were in the same ownership and formed part of the same parcel of land it was an easy and straightforward decision to make the purchase, having had many worthwhile meetings with the Pavilion owner over the last few months,” Williams told the Daily Post.

“Tir Prince Leisure Group hopes that the acquisition of this site will enable us to secure the long term future of Llandudno Pier and Llandudno as the jewel in the crown of North Wales tourism by enhancing and improving our current offering and ensuring that the site can continue to be enjoyed by many future generations.”

The development had proved controversial since Conwy Council awarded planning approval in 2018, with considerable local opposition forcing the Welsh government to call the proposal in less than six months ago.

Williams had been a leading opponent of the scheme, observing that the potential for noise complaints from the 54 apartments could cause the pier to “close its gates for good.”

With the decision from Ministers yet to be announced, Llandudno councillors had expressed their “surprise” at the announcement of the site’s auction last month, with Senedd member for Aberconwy Janet Finch-Saunders stating “I am shocked to see the land on the market.”

Organisers of a 1,900-signatory petition opposing the development had planned a protest prior to the auction on the pavilion site next week, however petition organiser David Jones described Williams’ purchase as “fantastic news for all involved with our campaign.”

“It now looks as though Llandudno Pier Pavilion may, at last, rise from the ashes and be developed for it’s rightful purpose, tourism and leisure, thus securing the long-term future of Llandudno’s Grade II listed Victorian Pier.”

Though Williams is yet to announce Tir Prince’s plans for the pavilion, he told reporters “we are confident that we can do something extremely worthwhile with the site and further announcements will follow in due course.”

“In many ways the hard work starts now.”