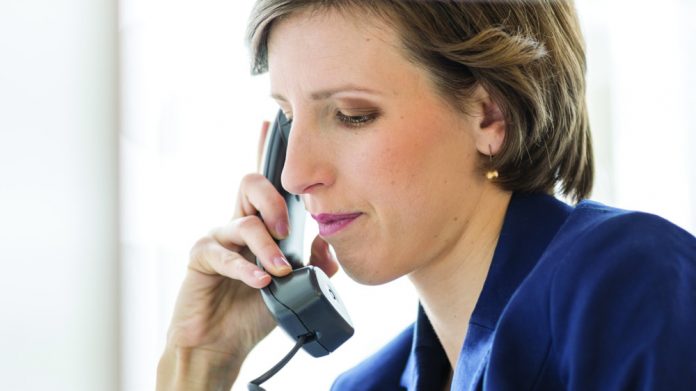 Statistics, statistics, damn lies blah blah blah. Yes, the saying is worn out by its very own truth, and none more so than with the quarterly telephone survey stats on gambling prevalence conducted by the Gambling Commission. We’ve already ascertained that problem gambling rates, according to the latest GC survey, are at their lowest ever level. But there’s more to the stats than at-risk gamblers, some actually show at-risk gambling operations as numbers on play fall. Except online, obviously; but be careful what you read – the figures are not as dramatic as they seem. Coinslot takes a trip through the latest GC stats.

If the Gambling Commission put as much effort into discussing its quarterly gambling prevalence survey statistics as it does decrying them, the UK would probably be having a far more informed and balanced debate around the gambling review.

Instead, we have it weighted and slanted in whichever direction the loudest voices in the febrile discourse of gambling force it. And surprisingly enough, those voices are not coming from the industry; pity, as there’s much to take from the Commission’s latest prevalence stats – both good and bad.

In fairness, the regulator’s quarterly statistical findings are a dredge. God, they’re tough to find, and even he, she or it would struggle to track them down on the Gambling Commission website. And when, or if, you do find them, be prepared to probably regret that you ever did.

But fortunately, Coinslot has, so here’s a taster of the highlights of the latest findings from the 4,005 people participating in the telephone survey conducted by the Commission to September 2021.

The mainstream report – most likely steered by the gambling campaign groups – will focus almost certainly on the salacious stat: the online shift upwards.

And it is up for the past four week period compared to last year; 10.6 percent, although oddly, the 16-24 year old grouping has broken ranks and fallen by almost 5 percent in their online activity.

However, we must beware the National Lottery caveat. When the lottery is taken out of these stats, the online gambling participation rises by less than 5 percent, leaving just 17.7 per cent of the survey respondents registering online play in the last 4 weeks.

Not that high really. However, for the Gambling Commission, and we’ve already heard it in soundings from the regulator, it’s the National Lottery that’s in their firing line.

The lottery is accounting for almost one third of people who say they ‘gambled’ recently.

The headlines the regulator wants to see is that a clampdown is needed on National Lottery products. And they probably will get them – mainly because journos can’t be arsed to add the context. But, when these specific figures are presented in their entirity, we find that in person gambling over the past four weeks is lower than it has been for more than five years. In fact, in person gambling during September 2021 is 34 percent lower than in 2017, and in each of the intervening years, it has consistently fallen.

Is this what a gambling crisis looks like? Quite the reverse. These are trends that are not just impressive for the battle to manage gambling prevalence, they undermine the current negative narrative, which many argue the Gambling Commission has actively promoted; however, a gambling pandemic is not a-coming.

These figures – which are tough to find and even tougher to get the Commission to talk about – refute that proposition.

More importantly, however, especially in the current climate of local councils denying AGCs licences based on unsubstantiated escalating problem gambling rates and the trending narrative to take gaming and gambling off the high street, the Commission’s evidential figures once again do not back up the very vocal arguments.

Having already established that problem gambling rates are at their lowest ever level since records began and have consistently fallen – are you listening local authorities? – the well trodden argument that gambling establishments put people in harms away is simply fanciful according to the latest Commission prevalence findings.

‘Fruit and slot machine’ players in pubs, arcades, gaming centres, bingo halls and casinos accounted for just 1.6 percent of gambling activity from those 42 percent of people who had gambled during the last 4 weeks.

And worse for the prohibitionists, almost half of these people gambled only once or less a month.

For those with a strong constitution find out for yourselves. For the latest telephone survey on gambling participation, click here: https://www.gamblingcommission.gov.uk/statistics-and-research/publication/year-to- March-2021

Problem gambling hits its lowest level: what did the key trade associations say?

The Gambling Commission has published its quarterly statistics on participation and problem gambling for the year to September 2021, showing that problem gambling has decreased significantly.

“Bacta welcomes these figures which show that the steps that the industry is taking is having an impact on the numbers,” says John White, bacta CEO. “We continue to put SR front and centre and to develop a number of new initiatives and have appointed a new SR Manager, Russell Edge, who is dedicated to maximising the impact of these measures for players. In addition, we look forward to our upcoming SR Exchange event, which takes place on November 10, 2021.”

Michael Dugher, chief executive: “Since being established in 2019, we have worked tirelessly to drive up standards in the regulated betting and gaming industry and promote safer gambling.

“Our initiatives have included using advertising to promote safer gambling tools like deposit limits and timeouts, investing more in research and treatment, funding an education programme provided by GamCare and YGAM, implementing the credit card ban and introducing tough new rules on VIP schemes and changes game design, as well as using technology to intervene with customers online.

“One problem gambler is one too many, however, and we are determined to keep up the momentum in the months and years ahead.

“There will always be those in the anti-gambling lobby who take a prohibitionist approach. But, in contrast, the government has rightly and consistently said it will adopt an ‘evidence-led’ approach to its gambling review.”

“We always need to do more to provide greater protection to the tiny minority of people who are vulnerable to problem gambling, whilst recognising that the overwhelming majority of millions of people who enjoy a flutter do so safely and responsibly.