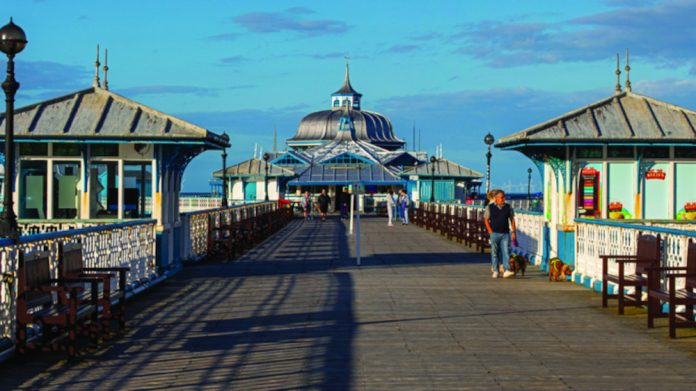 Simon Mason is to step down as Llandudno Pier GM after 16 years, with dozens of applicants now hoping to be named as the attraction’s new general manager.

Llandudno Pier GM Simon Mason has announced he is to step down after 16 years in the role, with a coveted position overseeing operation of the 150- year old landmark now attracting dozens of applicants. Since joining the pier as food and beverage manager in 2001, Essex-born Mason has guided the attraction through 20 years of significant development, however recent health concerns have prompted a change in direction.

“There are not many people who can say they have a half mile long office in the middle of the sea,” Mason told the Daily Post. “You walk miles on it everyday, at one point we had devices that showed we were walking the length of the pier 16 times a day and it’s half a mile long!”

“The last couple of years have been hard, and my medical conditions mean I can’t put everything into it as I once did. I didn’t want to leave though so I’ve taken a sideways move and I can also be around as a mentor for the new person – without getting in their way.”

Having moved to North Wales 30 years ago, Mason was working as manager at Annabelle’s in the early 2000s when he was approached to run the pier’s F&B offering by then owners Cuerden Leisure.

“They actually contacted me when the job as food and beverage manager came up and I went for it, four years later and I was made general manager after my manager moved on.”

“It gets in your blood, it’s a way of life. You work long hours at the pier and when you’re home you think about the pier and are often still dealing with issues. You have to love the job.”

Clearly, many people believe they could feel the same, with more than 60 interested parties from across the country having submitted their CVs since the position was advertised.

“The job has attracted huge interest,” said Mason. “What’s hard is that with so few piers in the UK and them all being so different that you don’t really get someone who has already run a pier.”

“So you’re looking for someone with experience in hospitality, pubs, hotels, leisure because this job rolls all that into one. It is very rare that this job comes up – it’s a unique chance for somebody.”