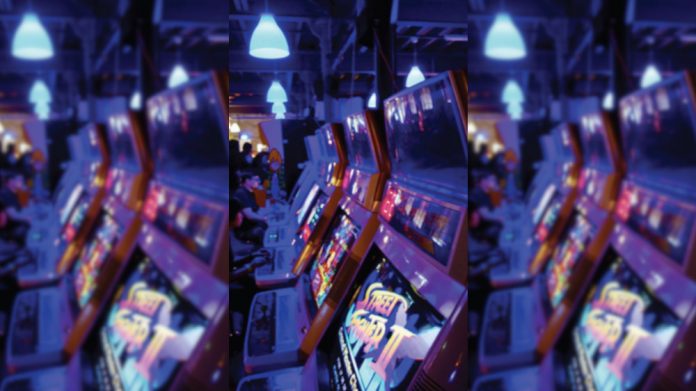 Vice magazine paid a visit to Arcade Club earlier this year, with a new report detailing the “labour of love” behind the Bury venue’s success, and the enduring appeal of arcade games. Coinslot shares their experiences.

Arcade Club is the focus of a new article from lifestyle and culture magazine Vice this month, with reporter Nana Baah visiting the three-storey Greater Manchester arcade in order to meet the gaming community keeping classic cabinets alive.

First started in 2014 by Andy Palmer as a small addition to his Rossendale computer shop, Arcade Club now occupies a former leather mill in Bury, and has become known as the largest arcade in Europe with more than 500 classic machines.

“It gave me a second lease of life,” Palmer told Baah. “When I hit my forties, computer shops started to taper off because of iPads and things like that and this has really given me an injection to keep me going.”

Noting the “labour of love” required by Palmer to keep Arcade Club running, Vice acknowledged the effort is clearly paying off, reporting that “people of all ages travel from miles around to visit Arcade Club.”

“When I arrive in Bury, the cab driver doesn’t bat an eyelid when I say I travelled from London specifically for this visit. There are parents looking to get their kids into gaming, arcade obsessives and, Palmer says, a large number of people in their sixties and seventies.”

Though Palmer still remains in charge of handling all inbound phone enquiries, Arcade Club now boasts a staff of over 50 people, from the workshop to the shop floor – alongside a dedicated group of volunteers.

“Every machine in this room gets tested weekly by me,” said Tracey Gleave, who acts as the arcade’s volunteer tester. “I was in four days a week anyway, so one of the managers approached me and said, ‘Fancy doing some testing? It feels good that I can help.”

Noting similar levels of dedication and commitment across all Arcade Club’s staff and customers, Vice observed “it’s clear that it’s not just the games that keeps people coming back to Arcade Club, it’s the community.”

“Palmer’s main goal is to stay in control of his labour of love, rejecting outside investment so that he can keep prices down and make sure that everyone can enjoy his creation.”

Retro in name, nature and price.