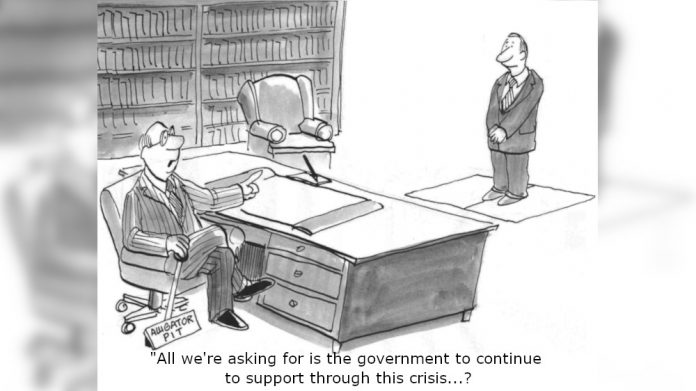 The industry needs to look at how the government is behaving towards GPs and come-up with a powerful and engaging campaign.

The Government appears to be getting flak from every possible source at the moment. Following criticism from road hauliers, energy providers and the big commercial users of energy (and that’s just in the last week!) the country’s General Practitioners became the latest profession to put the boot in – and as medical people they know exactly where it hurts most!

Health Secretary Sajid Javid pledged to tackle what he described as ‘underperformance’ by GPs insisting that patients must be able to have face to face consultations if they so wish.

He also announced a £250m winter funding dependent on the profession hitting targets. All good headline hitting rhetoric but, as they say, the devil is in the detail.

Radio 4’s respected Today Programme sought the view from the coal face and opted to interview two GPs both of whom were as medical close to being apoplectic with anger as is possible whilst still managing to conduct an interview.

They were singing off the same discordant hymn sheet. Both said colleagues were at breaking point and preparing to hang-up their stethoscopes, they pointed to the fact that surgeries already receive a winter fund and questioned how much of the £250m was actually new money.

In reference to the government’s suggestion to simply employ more locum doctors they argued that Doctors already employed would quit in order to take-up enhanced locum pay.

The British Medical Association said the government was completely out of touch with the facts a view echoed by the Royal College of GPs. So how does this row impact our industry?

The point is this government is a broad-brush stroke administration. It speaks in slogans and is seemingly allergic to the detail that should underpin any considered policy.

It’s penchant for three-word percussive headlines of the ‘Get Brexit Done’ and ‘Build Back Better’ ilk is in stark contrast to Sir Keir Starmer’s 13,000 or was it an 11,000 word discourse on his vision for politics which absolutely no one outside of the commentariat bothered to read.

However, a detail light administration is much more likely to pin its colours to simplistic sloganeering.

There are therefore huge dangers if it decides to apply that approach to a slogan that might appeal to populist newspapers and quasi-prohibitionists but could destroy the industry.

If the government is comfortable overlooking the boring detail of how the GP system works it can quite easily apply the same lack of scrutiny to our sector at a time when we need a positive and empirically based review of gambling.

The only way to deal with such a dynamic is to put the pedal to the floor in terms of political engagement and get as many MPs through the doors of the country’s AGCs and other centre piece destination venues in order to experience reality.

We need to amplify the contributions we make to local high streets, local employment, local charities and local people. There has to be a focus and there has to be a campaigning energy to what we do – preferably one that can be summarised in three catchy words.

Answers on a postcard?

This is no time to pull the plug

The desire for Brits to party post lockdown is driving the economic recovery as Brighton Palace Pier and Hollywood Bowl have shown with this week’s financial statements. Good news for the operators but a clear message to government to keep the programme of support in place.

If there’s one thing we’ve learnt about a Boris Johnson government is that they hear but they rarely listen; and when they do listen it’s only what they want to hear.

That’s the danger of the excellent news this week from Brighton Palace Pier of a first ever £1 million weekly take and a 44 per cent rise on summer income compared to 2019.

To the government, that good news is all down to their policies and their post- Covid recovery plan.

And more worryingly, that this small shoot of a recovery is reason to start turning the support tap off and that business is now ready to make its own way.

The fact that the Brits have been locked up for the best part of 21 months, had little joy in their lives and confined to a life-style within their own four walls has got nothing to do with this boom?

The fact that we are desperate to get out, socialise, party and release that pent up frustration at being caged in has also got nothing to do with it?

The fact that Brits could not leave the country due to gargantuan hurdles has also probably got nothing to do with it?

These are such unusual circumstances that have driven demand for pleasure and entertainment at home; but it’s not the new norm. That will come in the next few years.

The government will insist that it is and they’ve done enough.

But it isn’t enough. And the crucial message that the Palace Pier and Hollywood Bowl figures delivers is not one of recovery, it’s one that a recovery is being fashioned by sheer hard work and quality operations – and a ‘thirsty, hungry and fun-starved’ public.

But it’s a fragile, vulnerable recovery, one that requires a continuation of support measures to enable businesses to turn a summer of love into a long lasting relationship. Now is actually the time for the government to invest in business, not withdraw from supporting it.

For businesses like Brighton Palace Pier, they’ve had 16 months without trading, continued costs throughout that period and they’ve added loans to their debts in order to survive the lockdown. These loans, and outstanding debts, including taxes to the government, will need to be paid back.

Next year, the new normal won’t be staycation fever as we’ve seen it now, it will be a more balanced domestic holiday market – better than traditionally, but unlikely to meet 2021’s party like there’s no tomorrow attitude.

And for that prospect – which is an obvious forecast – the government really does need to listen to the hospitality sector and businesses that supply and support it.

This is a fragile recovery, not a surging one. And there are as many reasons to be fearful as cheerful.

Shipping crisis, staff shortage crisis, transportation crisis, inflation crisis – we all know that’s happening now and will continue through to next year.

It’s not a doom and gloom posturing, it’s a realistic one. And realism needs positive action; support and nurturing where it’s clearly needed.

The only way to get a sustained and long term recovery is to invest in business, and that investment starts with helping to protect businesses from the storms coming our way.

Business isn’t running away from its responsibilities; but if it’s not careful, the government could end up undermining all the good work by pulling the life support plug a year too early. It’s imperative that the government keeps the programme of support measures and tax concessions going.

That will ensure a sustained recovery and a stronger more resilient business base.

It’s not forever, but an extra year of government support could mean the difference between boom or bust.

And with a general election on the horizon, the government would certainly be better off with a boom.