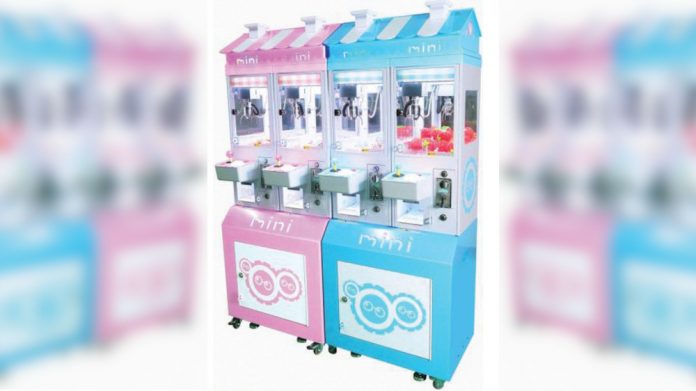 It may be a Mini House making its debut, but it’s going to be a full house for JNC at ACOS. The machines supplier will be adding its big-hitting performers alongside the debutant with Giant Prize Pod Pro and Crazy Toy crane also heading down to London. JNC’s managing director Tom Clarke details the ACOS line-up.

We’re excited to be showing Mini House 2ply for the first time at ACOS,” JNC’s Tom Clarke told Coinslot with just days to go before the industry marks its first UK get-together in 21 months in London. And he has high hopes for the crane; the latest addition to JNCs Crazy Toy crane range, Mini House makes its debut after a hugely successful summer of testing in our own operations. Clarke takes up the story: “We knew it would perform in terms of appeal and reliability, but we have been really impressed with its cashbox takings considering it carries such a small footprint. It is the perfect height to appeal to children, who can see the whole contents of the playing shelves and can easily navigate the joystick to win a wide variety of prizes, from small toys to sweets.”

Mini House will be in top quality company with Clarke confirming that some of JNC’s biggest hitters in the last few years, including Giant Prize Pod Pro and Crazy Toy crane, will also be on stand. “Both will be followed up by newer models in 2022,” Clarke advised, which will come as no surprise considering their market success. “We know that the Giant Prize Pod Pros will continue to be one of the market’s top performers next year, and we’re equally confident in the latest models of Crazy Toy, Crazy Toy Cube and Crazy Toy X, which we will be speaking to customers about next week,” he added. And there’s plenty more from the JNC stable heading down to London. “We’ve also been really pleased with the reaction and subsequent preorders for Epic Shooter basketball and Rocket Launch. Epic Shooter is the hotly anticipated successor to JNC’s BasketBlitz model, which features an interactive video screen to enhance the gaming experience and epic cabinet lighting, whilst continuing with the lightweight and robust aluminium cabinet that made BasketBlitz such an efficient game.”

And Rocket Launch has also been winning the plaudits as Clarke explained: “Rocket Launch is a vibrant prize redemption machine that is available in 1 and 3 player cabinets, where players must time the release of the rocket to push prizes off the rotating beds to win. Customers will be able to speak to us about these products at ACOS and see more information about them, as well as get the chance to put their name against them before the 2022 rush!”