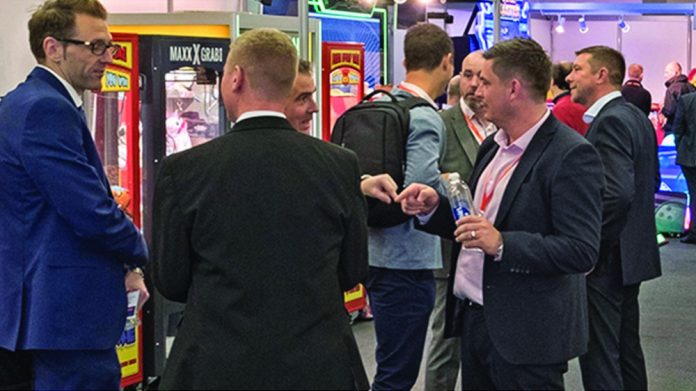 It’s only a matter of days until the coin-op industry gathers together for the first time since the middle of January 2020, and the ACOS organisers are looking forward to the prospect.

None more so than the woman behind it all, Karen Cooke, who recognised the import of this year’s event: “This is very exciting for us, we’re so happy that ACOS is able to take place again and that we can continue the tradition of an autumn trade show in the West End of London.”

And she’s right; for the best part of three decades autumn has been an expo tradition for the UK industry which ACOS has carried on since its launch in 2014. It will have some differences this year, a new venue to start with as the show takes up residence in ILEC Conference Centre at the IBIS London in Earls Court. And emphasis, understandably, has been placed on safety – Covid is neither gone nor forgotten – but ‘best industry practices’ have been applied.

Judging from the enthusiastic noises off, attendance is expected to be good – 22 months away from industry colleagues is an unprecedented absence in a close-knit industry such as coin-op. And the show has been supported by all sectors with new product launches and upgrades expected to come from Blueprint, Crown Direct, Electrocoin, GeWeTe, Harry Levy, JNC, NRM, NSM Music, Playsafe Systems, Reflex Gaming, SB Machines, Touch Tunes, UDC and Whitehouse Leisure. And there will be some new faces at the show including Game Payment Technology, Instance Automatics, Jabro Games and Novomatic Gaming.

Away from the showfloor, networking will feature prominently with the After Show reception taking place on Wednesday 20 October in the George & Dragon, a traditional pub onsite at the IBIS London Earls Court Hotel.