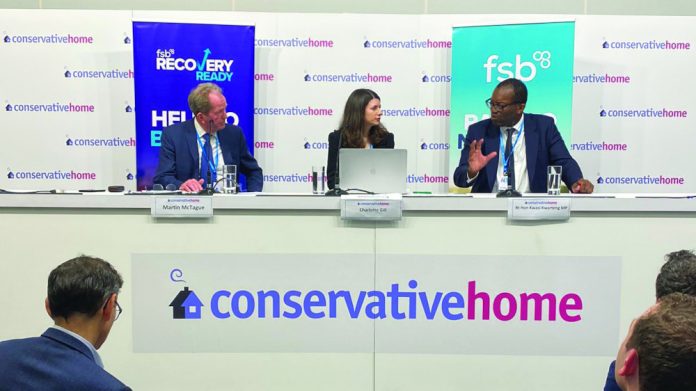 The Conservative Party’s relationship with business is at risk following the biggest small business tax hike in British history.

The Federation of Small Businesses, has warned that the Conservative Party’s relationship with business is at risk after it announced hikes to National Insurance contributions (NICs), dubbed the “jobs tax”, increased taxes on the self-employed, and dividend taxation as inflationary pressure took hold following a post-lockdown opening-up of economies. It argues that the impact of these measures marks the biggest permanent small business tax hike in modern British history.

Its new study, claims to show that close to a third (31 percent) of small firms would be forced to raise prices if the National Living Wage increased to £9.42 in April, with a similar proportion (27 percent) of owners saying they would absorb the increase themselves, recruit less (15 percent) or reduce hours (15 percent).

In its costed Budget submission – which sets out close to £2 of savings for every £1 of additional spending proposed – FSB is calling on the Government to: increase the Employment Allowance to save small businesses £5,000 rather £4,000 on their annual jobs tax bills. Expand Small Business Rates Relief to premises with a Rateable Value of £25,000, thereby removing an additional 200,000 small firms and save on cross-government procurement spend by 3 percent by breaking up contracts and bringing a greater diversity of smaller businesses into supply chains.

“The Conservative Party risks losing the trust of small firms which are bracing for a rise in the jobs tax at the same time as having to deal with haywire input cost rises across the board. Combined, these developments will make it hard for businesses to take on or retain employees, while cutting into the margins that would otherwise be used to invest, stunting their potential growth.

“This is a week after the Opposition opposed the jobs tax, and pledged radical reform to business rates including reducing tax for 200,000 small firms – both moves welcomed by the small business community. The Conservative conference and the Budget must see the party step up to the plate, rediscover its entrepreneurial zeal, and offer more than tax grabs to fund growing public sector spend. To be a party for small business, what is its offer?”